First launched on PC and PlayStation 3 back in 2011, DC Universe Online is a Free 2 Play MMO based on the DC universe. It allows players to create their very own Super Hero (or Super Villain!), and then try to save the DC universe from the forces of Brainiac. And now, nearly a decade after its initial launch, DC Universe Online is headed to the Nintendo Switch, this Summer (in Europe and North America).

CBR.com, who got the scoop on this, also shared an interview with SJ Muelle (Creative Director) and Leah Bowers (Executive Producer) about this port. Click here to check it out!

DC Universe Online (Switch – eShop) comes out this Summer in Europe and North America. The Upcoming Games page has been updated!

Here’s a trailer, some details, and they list of key features for the game:

Six exotic islands filled with games and trophies are waiting for adventurers of all skill levels! Explore the islands solo, invite a group of friends over for some local co-op and competitive gameplay, or round up the troops for some wholesome family gaming! Race across island maps in a quest to be crowned Island Ruler! Unlock trophies to customize the look of your Welcome Screen! Topple the scores of your friends and players from around the world to gain online leaderboard fame, and in the process, unlock new islands filled with a variety of new games. Become the ultimate master of 30-in-1 Game Collection!

30-in-1 Game Collection: Volume 2 (Switch – eShop) comes out on May 30th in Europe and North America. The Upcoming Games page has been updated! 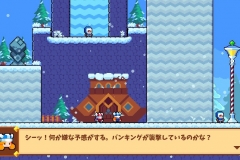 Jack Axe (Switch – eShop) does not have a release date yet.