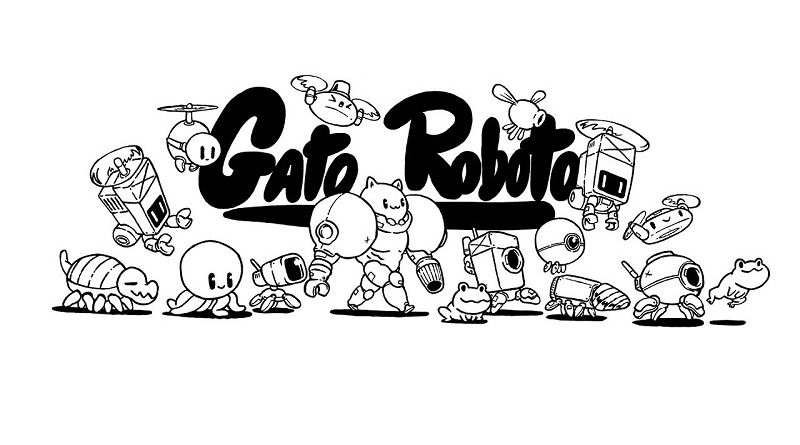 HeroCraft have announced that they are bringing Hyperforma, a cyberpunk puzzle game, to the Nintendo Switch later this year in Europe and North America. This version of the game will feature some new features/improvements:

Hyperforma is a captivating story about a lone explorer who makes his journey into the relic cyberspace “Ancient Network,” an artifact of a vanished civilization of the past, hoping to reveal the secrets of its masters. Hyperforma brings an entirely new take on the classic puzzle-based arcade genre with hacking sophisticated virtual systems being the basis of each of the over 80 unique levels.

Hyperforma (Switch – eShop) comes out later this year in Europe and North America. The Upcoming Games page has been updated!

Klabater have confirmed that Polyslash’s We. The Revolution is releasing on June 25th in Europe and North America (it’s already available for pre-purchase). For this version, the developers focused on adjusting the game mechanics, especially in regards to controls. Their goal was to come up with an intuitive interface to allow players to enjoy the game (originally designed for PC) with a controller.

Here’s a trailer, some details, and they list of key features:

We. The Revolution is a unique game with a singular art style set in the blood-soaked and paranoid world of the French Revolution. As a judge of the Revolutionary Tribunal, you will have to trudge through this setting passing sentences, playing a dangerous political game, and doing everything in your power to not to be guillotined as an enemy of a state.

We. The Revolution (Switch – eShop) comes out on June 25th.

Pounce inside of your cozy armoured mech and set off on a dangerous trek through an alien underworld full of irritable creatures and treacherous obstacles in a valiant effort to save your stranded captain and his crashed spaceship. Tiptoe outside the friendly confines of your technological marvel and follow your feline instincts through tight tunnels and mysterious waterways to scavenge for new weapons and gear.

Gato Roboto (Switch – eShop) comes out on May 30th in Europe and North America. The Upcoming Games page has been updated!

Motion Twin have announced that Dead Cells has now sold over 2 million units worldwide, since launch. No regional or platform breakdown is provided, unfortunately. And what better way to celebrate this impressive milestone than with the long-awaited Rise of the Giant DLC? It’s now available worldwide!

Console players who have beaten the game into submission on at least one occasion will gain access to the Cavern, an entirely new environment filled with entirely new ways to die. Abominable new traps, perilous lava pools await and they are filled with violent new enemies waiting to kill you – including a new boss at the end of the Cavern. Fans will also be introduced to a shiny new skinning system, which gives players more than 50 new character outfits to enjoy. New loot will drop via the game’s new Premium Shop that you can sign up for with your favorite credit card classic blueprints from existing enemies in the higher difficulty modes (and bosses, of course.)

If you don’t already own the game, it’s now on sale on the Nintendo eShop!