Krafton Game Union has announced that MISTOVER, a “deep, strategic RPG” with procedurally generated content, is comign to the Nintendo Switch this Summer in Europe and North America.

Here’s the teaser trailer, some details, and some screenshots:

MISTOVER brings a unique experience to players as a dungeon crawler with gameplay that will challenge even the most hardcore of hardcore players. Think of it as a cross between the mechanics of Darkest Dungeon and the thrilling dungeon crawling experiences found in Etrian Odyssey. With eight classes, players will be able to take on MISTOVER in a role and combat style that suits them the best. Classes include Witch, Shadow Blade, Grim Reaper, Paladin, Ronin, Sister, Werewolf, and Onmyouji. Each one comes with its own unique set of skills and abilities so that no two game sessions are the same. Additionally, such a wide variety of classes offers nearly infinite replayability.

MISTOVER isn’t just any dungeon romp. It provides suspenseful adventure in the harshest of conditions. Each procedurally generated dungeon provides players with an array of challenges at every turn from a plethora of vicious monsters to deadly traps to poisonous food. Survival comes at the cost of wondering whether the next step or the next tasty morsel will mean one’s doom as death is permanent in MISTOVER. But never fear! There’s always a new recruit coming in on the next wagon to be added to your party of adventurers.

The Mist does not like to be challenged. The lands of MISTOVER were peaceful until one day it was beset by a Vortex, Pillar of Despair. This Vortex brought dreadful creatures that laid waste to the kingdoms of humanity. The Kingdom of Arta is the last bastion of civilization and the gathering place for adventurers who gather in Corps seeking to rid their lands of these devastating threats once and for all. 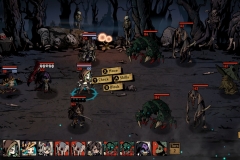 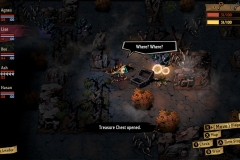 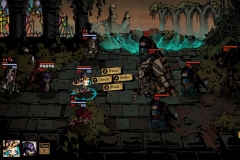 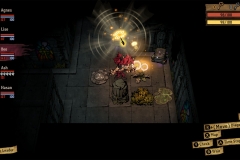 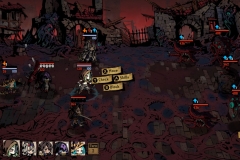 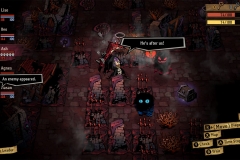 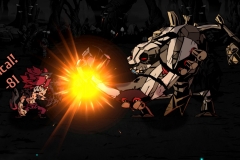 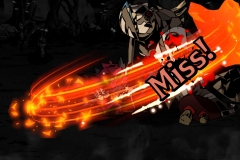 Mistover (Switch – eShop) comes out this Summer in Europe and North America. The Upcoming Games page has been updated!

Here’s some gameplay footage for Power Rangers: Battle for the Grid:

Power Rangers: Battle for the Grid (Switch – eShop) comes out this Spring in Europe and North America.

Hero Concept have announced a second Doughlings game for the Nintendo Switch, called Doughlings: Invasion. It will be released this Spring in Europe and North America.

In Doughlings: Invasion, the second game of the series, the story continues right where it left off. This time our hero Morpheus arms himself to defend his people from alien invaders. Our shapeshifting hero Morpheus is ready for battle with his unique personas all armed to the teeth! Varieties of raving space invaders and challenging bosses are all waiting in line to get their butts kicked by you! Get ready for an adventure with an ever-increasing pace and tension! Throughout the game, you will develop novel battle strategies, acquire untold powers by modifying your DNA and make life miserable for those unwelcome space invaders with your dazzling Show Off powers.

Bringing back the arcade spirit of the ’80s and with its comic book style visuals, the Doughlings universe is coming alive for the second time while carrying on with its tradition of pop culture references.

– A new breath of life into the classic arcade shooter genre.
– 5 distinct personas whose unique skills you can level up.
– 15 different breeds of invaders that pose unique threats.
– 5 grueling bosses.
– Challenging the world with global leaderboards.

Doughlings: Invasion (Switch – eShop) comes out this Spring in Europe and North America. The Upcoming Games page has been updated!