Not Tonight: Take Back Control Edition

No More Robots have announced that they are bringing Not Tonight to the Nintendo Switch later this year, with a special edition called Not Tonight: Take Back Control Edition. It includes the base game as well, as the One Love DLC (releasing first on Nintendo Switch).

In an alternative Britain where Brexit talks have collapsed, an extreme far-right government has taken power. Citizens of European heritage have been rounded up and exiled. Forced out of your previous life, you find yourself in the midst of a booming gig economy, fighting to scrape by and return to the city you call home. Not Tonight is a post-Brexit management game, fusing a time-pressure RPG with a politically charged story where every decision matters. Will you join the resistance and fight the regime — or keep your head down and hope that one day this will all be a distant memory?

Not Tonight: Take Back Control Edition (Switch – eShop) comes out later this year. The Upcoming Games page has been updated!

Night Call (Switch – eShop) does not have a release date yet.

Here’s the latest video for Mable & The Wood:

Mable & The Wood (Switch – eShop) does not have a release date yet.

The second Developer Shootout blog post for Colt Canyon is now live: click here to check it out, and learn more about the gameplay loop! 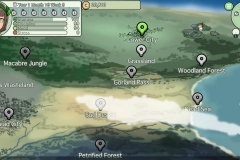 Here’s the latest set of screenshots for Shakedown Hawaii, which show the building you have to buy if you want to get a tank the easiest way! 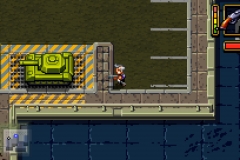 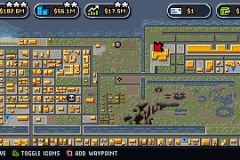 Rad (Switch – eShop) comes out on August 22nd in Europe and North America.

Today, the latest Software update for Brawlhalla was released: Ver. 3.46. Check out this page for the complete patch notes!