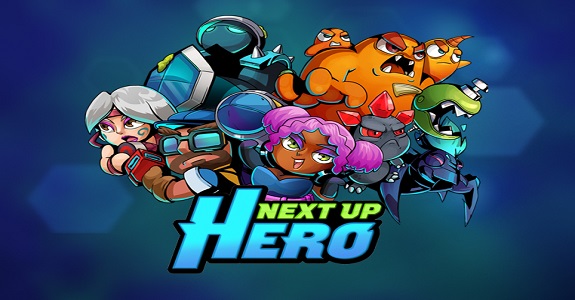 Today’s Nintendo eShop news: latest trailer for Next Up Hero, but also…

Here’s the latest trailer for Next Up Hero, which is now releasing this Spring on Nintendo Switch (instead of this Winter, as announced initially):

Next Up Hero (Switch – eShop) comes out this Spring in Europe and North America. The Upcoming Games page has been updated!

World to the West

Here’s a trailer and some screenshots for World to the West, also releasing next week in Japan (price: 1 500 Yen):

World to the West (Switch – eShop) comes out on January 18th worldwide.

The next update for Rocket League will change the default menu music. The twist? You can actually vote for the music track to replace the current one! You have until January 17th (Wednesday) to cast your vote.

We're changing the default menu music in our next update, and YOU get to help us choose the song! Make your selection in the poll below by Wednesday 1/17 at 12pm PST. Good luck!

Want to listen to all four tracks before you vote? @Spotify has you covered!

Earlier this week, FDG Entertainment announced that their two games on Nintendo Switch (Oceanhorn: Monster Uncarted Sea and Blossom Tales: The Sleeping King) have already sold over 100 000 units (combined, not each game separately). Another success story for the Nintendo Switch, and it most definitely will not be the last one!

Earlier this week, Gamasutra published another article about indies and the Nintendo Switch, titled “Amid a rising tide of games, devs reflect on state of the Switch market”. Despite that title, it’s not exclusively about the increasing number of games releasing weekly on the Nintendo eShop, but also why developers choose to make games for the Nintendo Switch in the first place.

It’s a pretty lenghty, but quite interesting, read: click here to check it out!

Here’s the launch trailer for The Escapists 2 on Nintendo Switch, now available in Europe and North America:

Here’s the gameplay trailer for Brawl:

Brawl (Switch – eShop) comes out on January 19th in Europe.

We're preparing our demo which is coming out next month ☺️ #feudalalloy #indiegame #gamedev pic.twitter.com/FHGUYCFpYQ

If you ever wondered how takoyaki is made, Kael is the perfect chef to show you the ropes!#indiegame #WednesdayWisdom #indiedev #JRPG #hype #indiegamedev #tentacles pic.twitter.com/kUsaBvy5c3

Gravity has no hold on Dandara, thus allowing for boundless movement through the world of Salt #dandaragame pic.twitter.com/C7vnrsvjmn

You can move swiftly throughout the levels of Dandara, which comes in handy when you eventually find yourself doing some backtracking. #dandaragame pic.twitter.com/FTYkfFlDBO

The path is never straight in Dandara. You'll come across a lot of twists and turns as you go on your journey #dandaragame pic.twitter.com/aJRXO6fAiD

Here’s a short video clip for Ambition of the Slimes on Nintendo Switch:

"From the mouth… slime goes inside…" – crikey, what a way to lose a battle! Don't forget that Ambition of the Slimes is out on #NintendoSwitch in NA / EU / Aus & NZ on 18th January, priced at just $5USD / €5. pic.twitter.com/LfnISrKaJl

Ambition of the Slimes (Switch – eShop) comes out on January 18th in Europe and North America.

Here’s one, lone screenshot for The Unlikely Legend of Rusty Pup, that shows the penultimate level:

You have to pay close attention to who you follow in this game.#rustypup #indiedev #indiegame #screenshotsaturday pic.twitter.com/0PZE2RjeGx

Here’s some screenshots for VVVVVV, releasing on January 18th in Japan (price: 1 000 Yen):

VVVVVV (Switch – eShop) comes out on January 18th in Japan.

Heroes of the Monkey Tavern

Here’s some screenshots and a trailer for Heroes of Monkey Tavern, releasing on January 18th in Japan (price: 1 200 Yen):

Heroes of the Monkey Tavern (Switch – eShop) comes out on January 18th in Japan. The Upcoming Games page has been updated!

Here’s the Japanese trailer for Pic-a-Pix Deluxe, released this week in Japan: