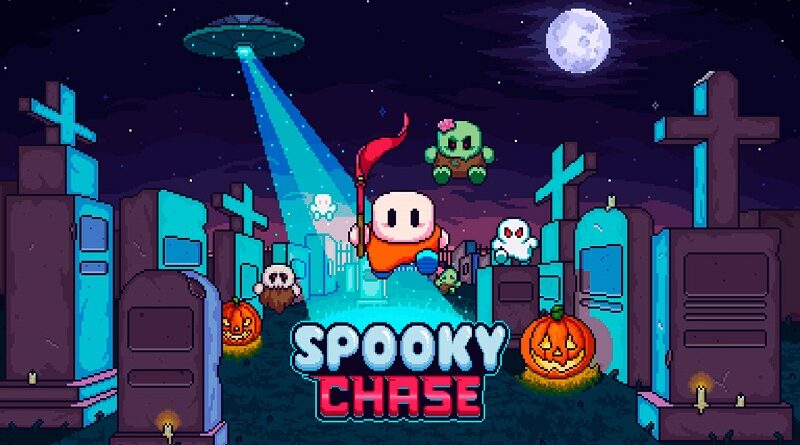 Ratalaika Games have announced their latest game for the Nintendo Switch: Thunderflash, an arcade action game developed by SEEP. It will be released on February 25th in Japan, and February 26th in Europe and North America for 4.99€ / $4.99.

Grab your biggest gun and get ready for a wild shootout in Thunderflash! Inspired by nostalgic retro games you know and love, Thunderflash will drop you into the combat zone top-down, and the intensity will never let up.

Play a solo mission or with a partner, and choose from bad boy commandos Rock or Stan, and go up against an army of mercenaries, military weapons and more!

The Kashmir is being occupied by a criminal organization known as Bloody Wolf, and your job is to make your country proud by taking them all down. Fight your way through waves of soldiers, explosives, vehicles and drones, and bosses, and collect more powerful weapons. Show that yo have what it takes to be a hardcore warrior! 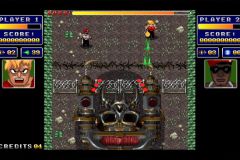 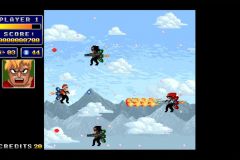 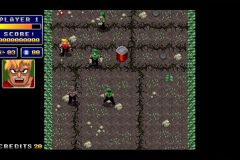 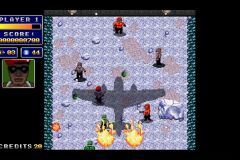 Thunderflash (Switch – eShop) comes out on February 25th in Japan, and February 26th in Europe and North America.

Qubyte Interactive have shared a trailer for Spooky Chase, along with some details and screenshots:

Spooky Chase is without a doubt a challenging experience. Every year we play scary games for the Halloween season. Running away from monsters, zombies, ghosts, and the list goes on. This time, you’re gonna run away from your own past. Watch out for every step you made and DON’T GIVE UP. If there is someone who can defeat you, it is YOU.

You are your own enemy! In Spooky Chase, every movement you make towards the flag is recorded and then replicated by the monsters. The more flags you collect, the more enemies will show on the map! 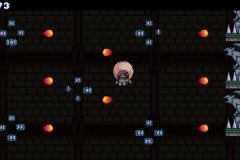 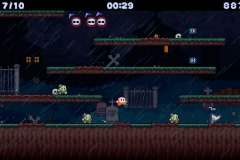 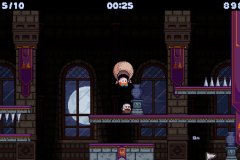 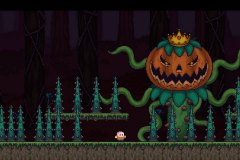 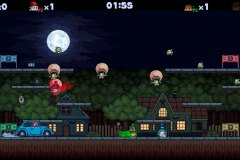 Spooky Chase (Switch – eShop) does not have a release date yet.

Gravity Heroes (Switch – eShop) does not have a release date yet.

Antonball Deluxe (Switch – eShop) does not have a release date yet.

The Kickstarter campaign for Ova Magica is still going strong, with 213 789€ pledged as of writing. Here’s where the campaign stands: