Today, InkyPen Comics announced that InkyPen (a comic subscription service for the Nintendo Switch) will be released on December 17th. Here’s the latest trailer for the service:

InkyPen (Switch – eShop) comes out on December 17th in Europe and North America. The Upcoming Games page has been updated!

Aquatic Adventures Of The Last Human

This week, Digerati announced yet another game for the Nintendo Switch: Aquatic Adventures Of The Last Human. Here’s a trailer and some details:

Explore the ruins of humanity in this mesmerising underwater action-adventure. Discover thriving wildlife, encounter monstrous beasts, and let curiosity guide you through an inevitable voyage of extinction.The water rose by an unpredictable amount due to climate change. The Earth’s surface froze over, and humans were forced to live underwater, where they could still harvest energy and grow food.As resources began to dwindle in the year 2971, sub-aquatic spaceships were sent to a nearby wormhole to look for habitable planets. Things did not go asplanned. And now the ship, Argo9, has returned thousands of years later…

– Melancholic atmosphere: Witness the beauty of the sea as well as humanity’s influence on nature

– Exploratory storytelling: Told through the art and backgrounds with some textual hints along the way

Aquatic Adventures Of The Last Human (Switch – eShop) comes out on December 25th in Europe, and January 3rd in North America.

Today, Amplify Creations shared the latest DevBlog post for Decay of Logos: click here to check it out, and get a sneak peek at two weapons!

Decay of Logos (Switch – eShop) comes out in Q1 2019 in Europe and North America. 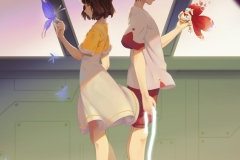 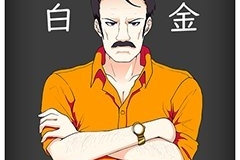 In Nippon Marathon, Handsome Hazuki is the man to beat – he’s been the winner for 10 years straight! Looking at the size of his shoulders and biceps, you’ve got a lot of practice before you’re ready to outrun him!

Today, Worker Bee announced that Giana Sisters: Twisted Dreams – Owltimate Edition will be released on December 27th in Japan. It will offer the same language options as the European and North American versions, including English of course.