Today’s Nintendo eShop news: Legend of the Skyfish announced for the Nintendo Switch, but also…

Ratalaika Games have announced yet another game for the Nintendo Switch: Legend of the Skyfish, a puzzle/adventure game developed by Mgaia where your only weapon/tool is… a fishing rod! It will be released on August 30th in Europe and North America (and later in Japan), and will cost 7.99€ / £7.99 / $7.99 / 800 Yen.

Legend of the Skyfish is a beautiful level-based adventure puzzler with a unique weapon and tool – a fishing pole! Follow the intrepid Little Red Hook on her journey with the Moonwhale to defeat the monstrous Skyfish. Use your fishing pole as a weapon or a grappling hook, and upgrade it as you go. Legend of the Skyfish features beautiful hand-painted art, intricate action puzzles and unique enemies. Explore a huge world of 45 handcrafted levels and defeat giant bosses. 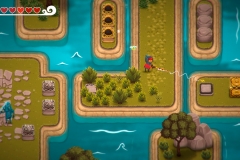 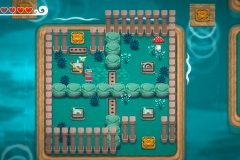 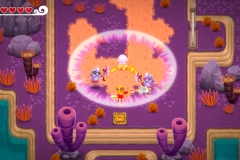 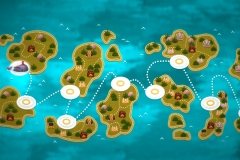 Legend of the Skyfish (Switch – eShop) comes out on August 30th in Europe and North America, and later in Japan. The Upcoming Games page has been updated!

Annapurna Interactive have announced that they are bringing Ashen to the Nintendo Switch. This action-RPG developed by A44 will be released on December 9th in Europe and North America.

Ashen is an action RPG about a wanderer in search of a place to call home. This is a world where nothing lasts, no matter how tightly you cling to it. At its core, Ashen is about forging relationships. Players can guide those they trust to their camp – together, you might just stand a chance.

Ashen (Switch – eShop) comes out on December 9th in Europe and North America. The Upcoming Games page has been updated!

Here’s a making of video for Decay of Logos:

Minoria (Switch – eShop) does not have a release date yet.

Ask an Enemy Studios have announced that A Duel Hand Disaster: Trackher (already available in North America) will launch on September 3rd in Europe. It’s now available for pre-purchase with a 10% off discount (regular price: 8.99€ / £8.09).

A Duel Hand Disaster: Trackher (Switch – eShop) comes out on September 3rd in Europe. The Upcoming Games page has been updated!

Here’s a fun video clip promoting Untitled Goose Game @ PAX West (with some “good news” to be announced there):

Untitled Goose Game (Switch – eShop) does not have a release date yet.

Here’s the latest video for Fortnite, showcasing the Mayhem collaboration: