Later today, the latest Software update for Minecraft will be released (check out this page for the complete patch notes!). Mojang have shared a rather lengthy blog post, detailing the various new elements added to the game with this update, including foxes: click here to check it out! 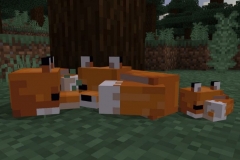 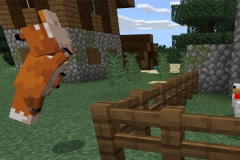 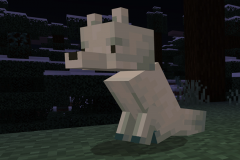 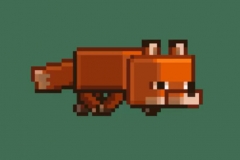 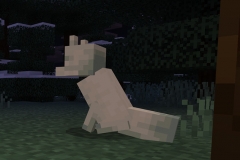 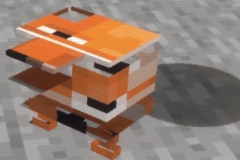 Here’s the launch trailer for Disney Classic Games: Aladdin and The Lion King, now available in Europe and North America:

Procyon Studios have announced the release of Inazuma Eleven Ares / Orion no Kokuin -Original Soundtrack & Music Best- on December 25th in Japan. The album includes over 100 tracks on 4 discs:

The latest translation from shmuplations is a couple of interviews about Secret of Mana, featuring Koichi Ishii (Director / Chief Designer) and Hiromichi Tanaka (Producer / Scenario Writer). Here’s an excerpt:

—Randi, Purim, and the genderless sprite Popoi. One thing I noticed here with this group of three, is that it’s split 50/50 between men and women. Which made me think, since Final Fantasy V, I feel like the number of female roles in Square’s games has been going up. Is Square deliberately trying to include more female characters now, in contrast to the history of RPGs which has featured so many men?

Ishii: No, that too is something we weren’t particularly conscious of. It was just the atmosphere we were trying to create. A man, a woman, a child—it seemed like the perfect mix for a story with three characters. If I had to add one more, maybe an old man would be good. (laughs) But all those decisions were made with the game’s atmosphere in mind, not a specific agenda. There are some teams that want to make parties with only male characters, but for Secret of Mana, it naturally happened that there were less men in the story. But we weren’t trying to meet some gender quota or something.

Here’s the latest video for Dragon Quest XI S: Echoes of an Elusive Age Definitive Edition, with Yuji Hori and Hokuto Okamoto answering some questions about the game: