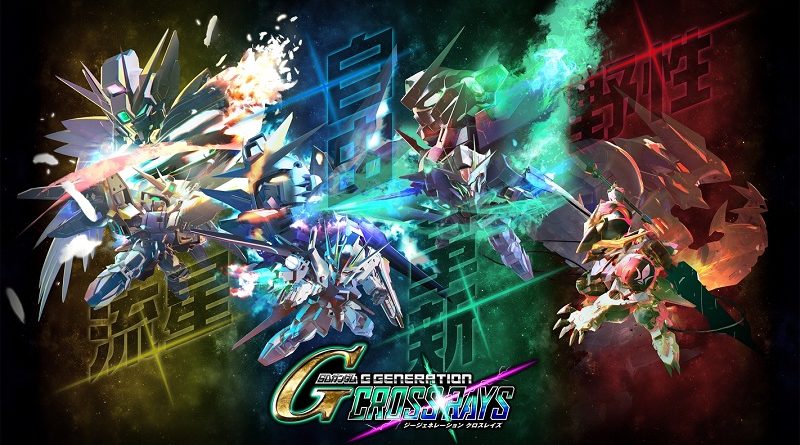 Here’s the latest trailer for SD Gundam G Generation Cross Rays, which is quite massive… it lasts over 30 minutes!

Also, the game will be showcased in the latest issue of Famitsu magazine this week. Here’s the usual preview pictures: 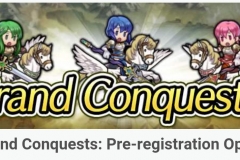 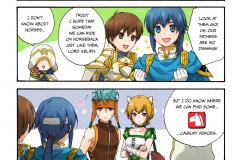 Versus Evil have announced that Yaga will be released on November 12th in Europe and North America.

Here’s the latest trailer, some details, and the list of key features for the game:

Smash, clobber and bash the murderous legends of Slavic mythology in this darkly funny action role-playing game that changes every time you play. Play as Ivan, a one-handed blacksmith with incredibly bad luck, who must take on the impossible tasks given to him by the tzar. All the while the mysterious witch, Baba Yaga, watches over Ivan’s fate. The world of Yaga is a world steeped in Slavic folklore and ancient Pagan beliefs. Featuring a head-bobbing Romanian hip-hop soundtrack from Subcarpați and striking, hand-drawn 2D artwork. Yaga is an authentic love letter to childhood fables from Romanian indie developer, Breadcrumbs Interactive.

Yaga (Switch – eShop) comes out on November 12th in Europe and North America. The Upcoming Games page has been updated!

Ratalaika Games have announced their latest game for the Nintendo Switch: Deep Space Rush. It will be released on October 25th in Europe and North America, and it will cost 4.99€ / £4.99 / $4.99.

Join the DeTeam! A top-secret security force that protects the scientific space stations from virus contaminations! Take on randomly generated levels to save everyone before they all get infected. Avoid traps and monsters to survive the sweep! Are you ready to protect the space stations from biological threats? Then grab your gun, jump into your ship, and prepare for lift-off! 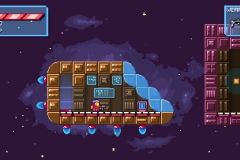 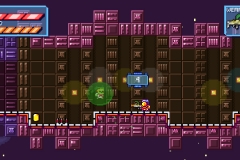 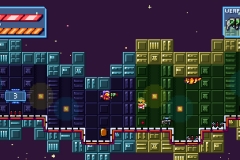 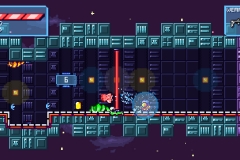 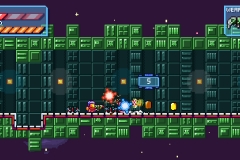 Deep Space Rush (Switch – eShop) comes out on October 25th in Europe and North America. The Upcoming Games page has been updated!

Bare Knuckle Development have announced a game for the Nintendo Switch: Super Mega Space Blaster Special Turbo. It’s a retro space shooter, and it will be released on January 14th in Europe and North America.

In Super Mega Space Blaster Special Turbo the player remotely controls ‘space blasters’ from an overly polluted Earth, battling aliens to colonise their planet and save humanity. The new game modes add to this story. ‘Save the Colony Mode’ adds a finite game-mode where players must rescue the ‘blastronaut‘ survivors of a destroyed colony ship from the clutches of alien forces. ‘One-Shot Mode’ adds a 2-player competitive dogfight training mode where 2 players battle it out with limited ammo. The game has 15 unique space blasters to unlock, 5 original varied game modes, over 40 challenges to complete for coins, 14 shop items to unlock, upgradable power-up weapons, and loads more. With all this new content Super Mega Space Blaster Special Turbo truly is the definitive version of this easy to play hard to master space blaster.

A modern take on the retro arcade shoot ’em up (shmup). Super Mega Space Blaster Special Turbo is an addictive, fast-paced, easy to pick-up hard to master space blaster with bullet hell elements, loads of unlockables, and leaderboards to climb. The ‘Turbo’ edition of Super Mega Space Blaster Special is the definitive edition giving you more ships, more game modes, more unlockables, more challenges, and more space blasting fun than ever before. Blast your way through 5 unique game modes including 2 new Turbo edition modes. Save cute astronauts and destroy the boss to claim victory in ‘Save The Colony’ mode. Manage your fuel and ammo to survive to the big-boss in ‘Survival’ mode. Protect your mothership from damage for as long as you can in ‘Protect Mother’ mode. Blast your friends into space dust in local competitive multiplayer modes ‘To The Death’ mode and the new ‘One Shot’ mode.

Play alone in single player, or with a friend in local co-op to take out the aliens. Collect coins to unlock more space blasters (ships), upgrade your weapons and power-ups, and explore the shop for extra perks. Complete over 40 fun challenges to get those extra coins. Use each space blaster’s strengths to your advantage; from turrets that allow twin stick control, to fast manoeuvrable ships that can outrun your foes. Arm yourself to the teeth with awesome power-ups like big-bombs, homing missiles and lasers. Destroy the alien boss and continue the endless gameplay to rack up a massive score and become the ultimate space blaster pilot and top the leaderboards.

The year is 2051, the Earth is in ruin; a barely inhabitable polluted mess of smog and tar. A huge unmanned spaceship, launched by mankind years earlier as a last ditch attempt to survive, has found a possible inhabitable planet and is under attack from its residents. That’s where you come in pilot! From Earth you must remotely control one of the giant ship’s space blasters and annihilate the alien threat so that humanity can continue. The survival of human kind is in your hands pilot. Don’t let us down! 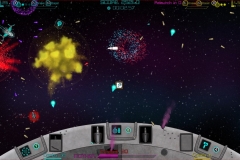 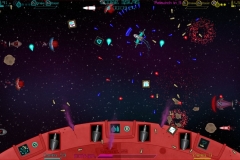 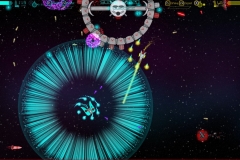 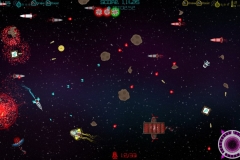 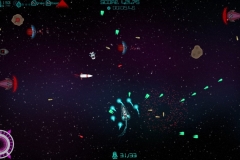 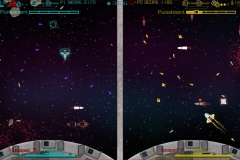 Once they’re done with this game, the developers will resume work on The Flawless: Art’s Tale, a metroidvania hack ‘n’ shoot action-RPG.

Super Mega Space Blaster Special Turbo (Switch – eShop) comes out on January 14th in Europe and North America.
The Flawless: Art’s Tale (Switch – eShop) does not have a release date yet. The Upcoming Games page has been updated!