Talerock have announced that Grimshade will be released on June 25th in Europe and North America. It’s now available for pre-purchase on the Nintendo eShop, with a 15% off discount.

GungHo have announced that Ninjala will go live at the following time, later this week: 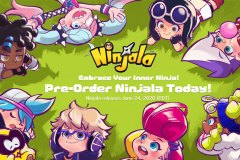 Ninjala (Switch) comes out on the Nintendo eShop on June 24th in North America, and June 25th in Europe and Japan, with retail release following on July 22nd in Japan.

Here’s the latest trailer and some more details for Danger Scavenger:

Who are you? That’s irrelevant. What’s your name? The less you know, the longer you’ll live. What matters is that you’re deadly efficient, highly skilled, and invisible to indifferent citizens – traits that are more than desirable when you’re one of the outcasts, the Scavenger. And you’re here to kick some corporate a$$.

Those greedy suits have had entire nations under their thumbs for far too long. In their ignorance and pride, they’ve brought to life something they’re no longer able to control. A. I. O. N. E. is an artificial intelligence with only one goal in mind: to wipe all of humanity from the face of the earth. There’s only one thing standing in the way – you and your Scavenger brothers. None of you is willing to go, at least not without leaving some burned processors behind.

iMel have announced another game for the Nintendo Switch: Wagamama High Spec, another Visual Novel. It will be released on September 24th in Japan, and will cost 5 478 Yen. 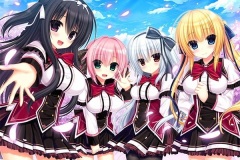 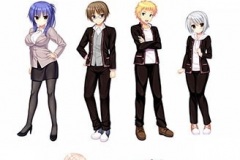 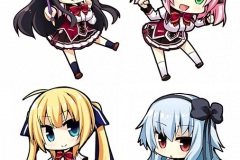 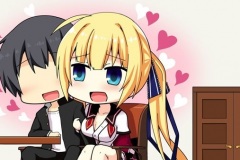 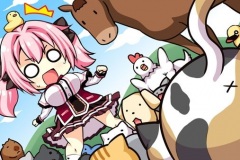 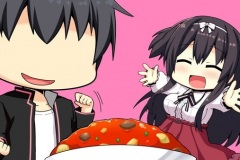 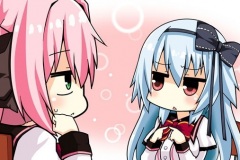 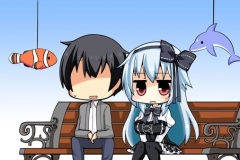 Izanagi Games have announced that the upload of gameplay videos and livestreams of Death Come True will be strictly prohibited. Here’s the message they shared: 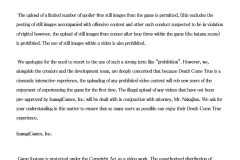