Today’s Daily news: more details about the Nether Update for Minecraft, but also…

Mojang Studios have shared some more details about the upcoming Nether Update for Minecraft. This time, they introduce a new faction found in the Nether: the Piglins! Click here to learn all there is to know about them! 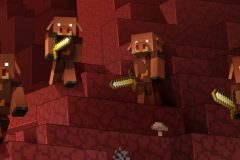 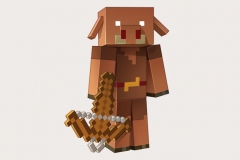 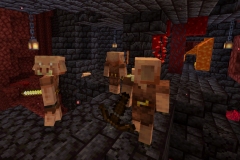 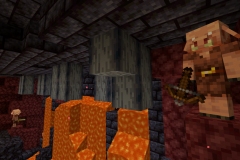 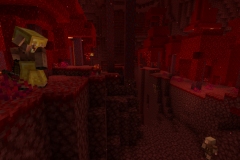 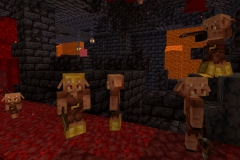 Next, here’s the latest trailer for the game, along with some more details:

GameMill have announced their latest game for the Nintendo Switch: Nickelodeon Kart Racers 2: Grand Prix, developed by Bamtang Games. It will be released this October in Europe and North America.

Developed by Bamtang Games, this action-packed sequel expands on the original Nickelodeon Kart Racers with even more characters and tracks inspired by Nickelodeon’s fan-favourite universes, as well as improved visuals and online multiplayer for up to eight players.

Nickelodeon Kart Racers 2: Grand Prix lets you create the ultimate team with the largest roster of Nickelodeon characters in a kart racing game yet. Choose from 30 playable racers, including dance and music sensation JoJo Siwa, SpongeBob SquarePants, the Teenage Mutant Ninja Turtles, Korra of The Legend of Korra, Invader Zim, Hey Arnold!, the Rugrats crew, Lincoln of The Loud House and many, many more. Assemble a pit crew from any of over 70 bonus Nickelodeon characters and deck your kart out with parts inspired by their beloved shows.

Compete on 28 new and reimagined tracks (as well as two brand-new battle arenas), fill your slime bar to pull off jumps and more across a variety of game modes, and go up against your friends in four-player local split-screen and eight-player online races! 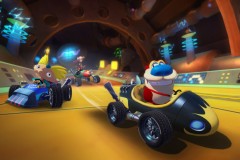 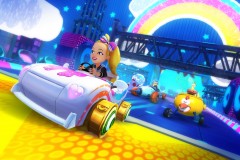 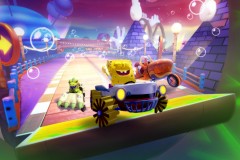 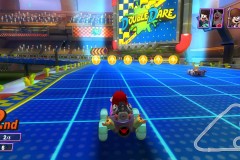 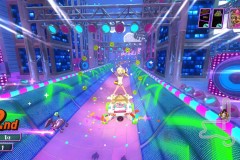 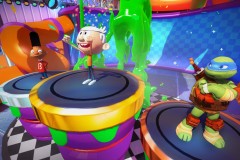 Warner Bros. have announced the release of several actual LEGO Star Wars sets, that will include Serial Codes to unlock characters and ships in LEGO Star Wars: The Skywalker Saga.

Stage an epic battle between elite 501st Legion Clone Troopers and the Separatist Army’s Battle Droids. Look out for the droids from the AT-RT cockpit using the electrobinoculars. Launch into attack with the BARC Speeder and fire the stud shooters. Fight back with the Battle Droids’ blasters. Who will triumph in this exciting LEGO® Star Wars™ adventure? You decide.

Team up with Anakin Skywalker to pilot his awesome LEGO® Star Wars™ Jedi Interceptor! Place trusty droid R2-D2 on the wing, jump into the cockpit and launch into galactic battle. Flip up the wing flaps to attack at speed. Fire the spring-loaded shooters and reload. And when you land remember to grab Anakin’s Lightsaber from under the wing to defend against enemy forces!

Join forces with Jedi hero Ahsoka Tano and Ahsoka’s Clone Trooper against the Battle Droids. Beware! The Droids’ Armored Assault Tank has powerful weapons. Dodge missiles fired from the spring-loaded shooters. And watch out for the AAT’s cannons. You will need to use all your Jedi skills to win this epic Star Wars: The Clone Wars battle!

Danger! The Knights of Ren are chasing Rey in their transport ship! This awesome hover vehicle moves at lightning speed and the Knights can see everything from the cockpit. Take cover to dodge the spring-loaded shooters. Fight back against Kylo Ren’s heavily armed soldiers with Rey’s Lightsaber. You will need to use all your Jedi skills to avoid capture by these bad dudes!

Get set for an epic clash between General Grievous and Obi-Wan Kenobi! The powerful warlord Grievous is flying into battle in his awesome starfighter. Look out for the spring-loaded shooters. When the starfighter comes in to land, use Obi-Wan’s Lightsaber and the Airborne Clone Trooper’s blaster to challenge the warlord. Who will win this thrilling Star Wars: Revenge of the Sith battle? You decide!

Join Luke Skywalker on the Hoth battlefield and challenge General Veers in the mighty AT-AT. Stay clear of the legs of this huge combat walker. Dodge the spring-loaded shooters. And watch out for the Snowtroopers attacking on the speeder bike with their tripod gun. Use Luke’s Lightsaber to fight off other Imperial troopers. Then throw the thermal detonator into the AT-AT to try to topple it!

Help Luke Skywalker tackle Darth Vader and Emperor Palpatine in an epic Death Star battle! Overpower the Imperial Royal Guards and enter the Emperor’s throne room. Challenge Darth Vader to a Lightsaber duel. Force-jump onto the bridge, but watch out – it may collapse in battle! And stay well clear of the reactor shaft. Will Darth Vader save his son Luke when Emperor Palpatine attacks? You decide!  Look for a code to unlock the Emperor character from this set in LEGO Star Wars: The Skywalker Saga game.

Fly to the outer reaches of the galaxy in The Mandalorian’s armored transport shuttle, The Razor Crest! It’s got everything you need for a mission – a big cargo hold for carbonite bounty, spring-loaded shooters, escape pod… and even a bed to get some rest! When you land, grab the weapons and prepare for battle. Protect the Child and defeat Scout Trooper to prove you are the ultimate warrior!  Look for a code to unlock the Razor Crest vehicle from this set in LEGO Star Wars: The Skywalker Saga game.

All aboard the awesome Resistance I-TS Transport to begin another exciting mission with Lieutenant Bek and Vi Moradi. Put the Astromech Droid and GNK Power Droid in the cargo hold. Jump in the cockpit, power up the engines and blast off! You never know what you might encounter at Galaxy’s Edge. If enemy starfighters attack, fire the 4 rotating stud shooters and 4 rear shooters to take them down! Look for a code to unlock the Resistance I-TS Transport vehicle from this set in LEGO Star Wars: The Skywalker Saga game.

Get set for daily festive fun with this LEGO® Star Wars™ Advent Calendar! There is a surprise, buildable gift behind each door. Find popular characters in Christmas gear, plus starships and locations. Look out for a code to unlock the holiday-themed Snow Gonk character from this set in LEGO Star Wars: The Skywalker Saga video game.

LEGO Star Wars: The Skywalker Saga (Switch) does not have a release date yet.