Today’s Daily news: Top 3 of the most used weapons in the Monster Hunter Rise demo, but also…

Yasunori Ichinose (Director) has revealed the Top 3 of the most used weapons in the Monster Hunter Rise demo, and more precisely the Mizutsune quest: 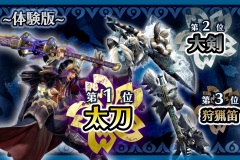 Here’s the latest video for Lost Words: Beyond the Page, this time focusing on the music:

Lost Words: Beyond the Page (Switch – eShop) does not have a release date yet.

Natsume have shared some more details about Harvest Moon: One World, this time revealing a new feature called Expando-Farm:

Your friendly neighbor Doc Jr. has a scientific method, a creative mind, and doesn’t shy away from the occasional accidental explosion…just like his long-ago ancestor and namesake!

When you discover that the book you received for your birthday isn’t just a fairy tale and there’s so many vegetables and fruits ready to be rediscovered, Doc Jr. is there to help you be ready to explore the world! He’s created an amazing invention called the Expando-Farm you can fuel up and transport from region to region.

There are fields ready to be discovered all over the world, friendships to forge and special relationships to nurture. Perhaps you’ll enjoy the sun and surf of Halo Halo and settle there for a while? You’ve got numerous locals to interact with, including bachelorette Ahina and bachelor Kanoa.

No matter where in the many regions of Harvest Moon: One World you settle, there’s plenty of Harvest Wisps to discover holding seeds of every kind! Discover all the many different fruits, vegetables, and flowers thought lost to time, while forging unforgettable bonds with humans, Harvest Sprites, and other friends along the way. 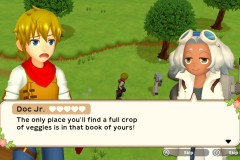 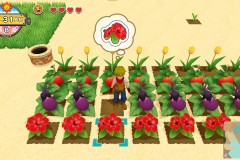 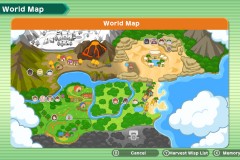 Harvest Moon: One World (Switch) comes out on March 2nd in North America, and March 5th in Europe.

Ultimate Games have announced their latest game for the Nintendo Switch: Essex: The Whale Hunter, once again developed by 3T Games.

Essex: The Whale Hunter is a single-player focused whaling simulator that will allow you to embark on a great adventure in the open waters of the Atlantic. The player will step into the shoes of a whaling ship captain, and the gameplay will feature various elements related to whale hunting, including the majestic and awe-inspiring cachalots.

The new project by 3T Games and Ultimate Games S.A. is one of the very few games that directly refer to the classics of American literature. The creators explain that their goal is to combine the fascinating world depicted by Herman Melville in “Moby-Dick” with attractive and varied gameplay.

Players will have to face many challenges and start with the very basics, such as recruiting the optimal crew. Proper maintenance of the ship will play a crucial role. While the game will, naturally, focus on the search and hunt for whales, it will also include economic elements and allow you to trade the gathered resources.

Essex: The Whale Hunter (Switch – eShop) does not have a release date yet.