Here’s the latest Developer Diary video for Ninjala, detailing the upcoming Season 4 (which kicks off on January 7th):

You wanted to know more about Ninjala Season 4, and our master ninjas, Morishita-san and Kaneda-san, are here to drop some serious knowledge in an all-new developer diary!

First up, Puzzle & Dragons is coming to Ninjala! Our next collab is coming from inside the house, and we’re excited for all of you to experience all the new avatar items, accessories, and decorations that come with that fresh PAD flair! The collab begins on 12/7 and runs through 01/06, so you won’t have long to wait! Though we’re still in the middle of Season 3, that doesn’t mean we don’t have some awesome new details about what’s in store for Season 4.

The next season of Ninjala begins on 01/07, and with it will come a host of new improvements to the game, as well as a new stage and more new Gum Weapons. Additionally, we’ve got a surprise announcement about new Ninjala merchandise coming in 2021 you won’t want to miss. Plus, the first details on the next episode of the 2D Cartoon Anime, starring Emma!

The Kickstarter campaign for Metal Tales: Overkill went live earlier this week, and it’s off to a good start. The game was fully funded in 8h, and the first Stretchgoal is already in sight:

As of writing, 7 166€ have been pledged. Click here to check out the Kickstarter page for the game!

Metal Tales: Overkill (Switch – eShop) does not have a release date yet.

Bandai-Namco have revealed the latest DLC character for One Piece: Pirate Warriors 4: Kin’emon.

No Gravity Games have announced their latest game for the Nintendo Switch: Splashy Cube, a puzzle game developed by Red Dev Studio. It will be released on December 11th in Europe and North America.

Become a blob-eating cube! Splashy Cube is a puzzle game dressed in minimalistic, yet cute and colorful graphics. Embark on an exciting adventure through the colorful labyrinth.

Have you ever wondered how it’s like to be a cube with a sweet tooth for blobs with the same color as you and allergic to blobs in different colors? Now you have a chance to find out!

Splashy Cube is a simple puzzle game, where you travel through a series of colorful labyrinths. Avoid blobs in any other color than you, pointy spikes and falling down the abyss. Eat as many tasty blobs to gain points and lead on the scoreboard.

Let yourself sink into this surreal world and complete “just one more” level! 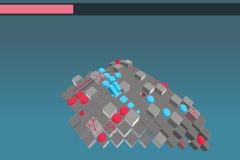 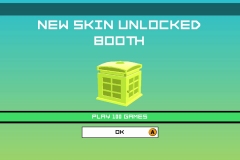 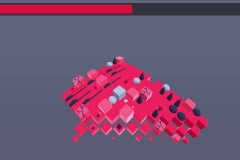 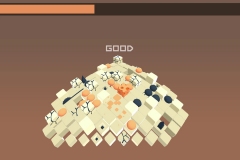 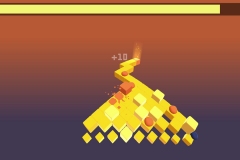 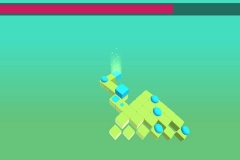 Feardemic have announced that the Nintendo Switch version of DARQ: Complete Edition has been delayed to Q1 2021. It was previously slated for a December release.