Here’s the latest trailer for The Dark Crystal: Age of Resistance Tactics:

Here’s some details, and the list of key features:

Worried the thrill of a mini golf game may tip you over the edge? Try indie developers Onteca’s perfect putting game, Crazy Zen Mini-Golf, which combines mini-golf madness with the calm zen of lotus and cherry blossoms. Whether you’re playing individually or competing against friends, there’s endless fun to be had battling to beat the top score, as you aim to complete all the holes in as few strokes as possible.

Crazy Zen Mini-Golf takes you on a fast-paced adventure through a zany zen garden that’s strewn with statues of Buddha, frothing fountains and prickly pyramids and set against a backdrop of tantalising temples as you marvel at the sensational gameplay on offer.

Collect coins to boost your chances of beating your opponent and master the bouncing ball to jump to triumph! Select your swing strength, aim and shoot, taking the fastest route to the hole! Whizz your way around the colourful courses, wall-riding and mastering moving platforms whilst you swerve swinging pendulums and dive through dragons’ mouths!

As your skills skyrocket you’ll fly past the bouncing off the bumpers and boost pads as you go! Grab this mastery of mini-golf now to become the next putting pro!

Crazy Zen Mini Golf (Switch) comes out on December 23rd in Europe and North America. The Upcoming Games page has been updated!

Toplitz Productions have announced a new game for the Nintendo Switch: Soccer, Tactics & Glory, releasing in February in Europe and North America.

In Soccer, Tactics & Glory, you build your team from the ground up, customize players’ looks, skills, and classes, and pit them against challenging opponents in riveting turn-based matches. The game also allows you to directly take control of players to capitalize on your opponent’s weaknesses and go head-to-head with friends online in friendship-testing tournaments.

Soccer, Tactics & Glory puts players in the shoes of a fledgling Football club — starting off in the amateur leagues and growing their skills to reach the premier league — as they build their team, train their players and pit them against formidable opponents. Players will have to use strategic planning as they make the big decisions in order to turn their team of rookies into champs. Unique turn-based gameplay makes Soccer, Tactics & Glory appealing to not only the most hardcore management game fans but newcomers to the genre as well. 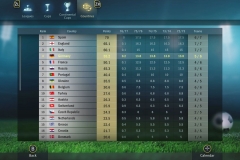 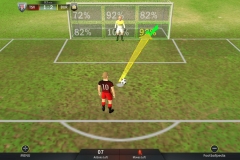 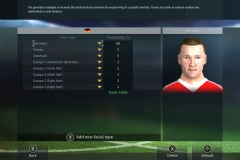 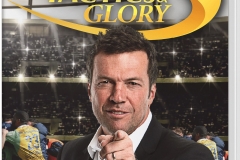 Soccer, Tactics & Glory (Switch) comes out in February in Europe and North America. The Upcoming Games page has been updated!