Today’s Daily news: details and screenshots for Yooka-Laylee and the Impossible Lair, but also…

Playtonic Games have shared a few more details about Yooka-Laylee and the Impossible Lair, introducing a new game mechanic: Trowzer’s “paywalls”. During your journey, you will come across “paywalls” raised by Trowzer himself. In order to pass them, you have to pay him using T.W.I.T. Coins, that you can find in each 2D level (there’s 5 in each one). 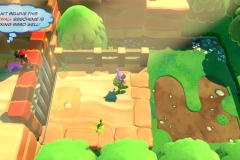 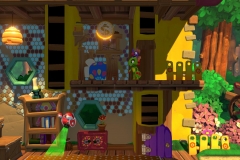 Announced back at E3 2017, the Super Duper Graphics Pack for Minecraft was meant to bring a brand new look to Minecraft. Unfortunately, it will never be released: Mojang have announced that its development has ceased. The reason? The pack proved “too technically demanding” to implement, with performances below expectations across devices.

Instead of the Super Duper Graphics Pack, the developers are currently “looking into other ways for you to experience Minecraft with a new look”. They specifically mention that they’re “constantly tring to make the most of the technical architecture” of each platform the game is available on. They will share more details about that “very soon”.

Here’s the latest video clip for Rad, introducing some of the creatures found in the game:

PQube have announced that Songbird Symphony is getting a physical release, later this year. It will be released on September 20th in Europe, and November 5th in North America.