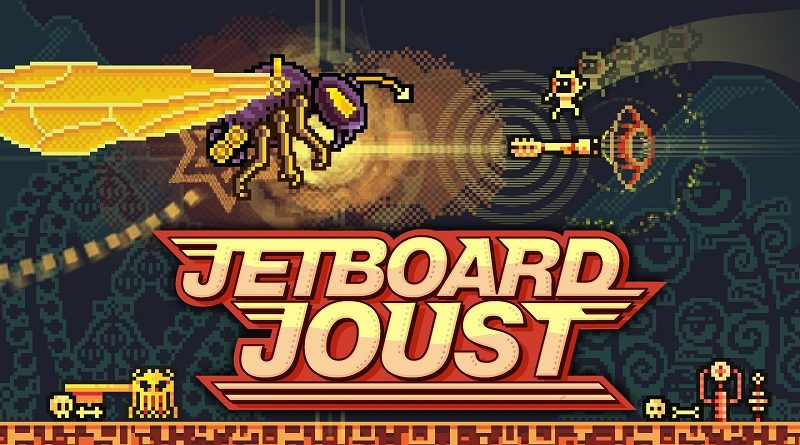 Freedom Games have announced that Jetboard Joust will be released on May 18th in Europe and North America for $9.99. It will be playable in the following languages: English, French, German, Spanish, Portuguese, Japanese, Korean, and Chinese (Simplified and Traditional).

Jetboard Joust’s handheld debut comes three decades after the release of its predecessor, Skateboard Joust for the Commodore 64, ZX Spectrum, and Amstrad CPC microcomputers. Experience an action-packed mashup of old-school arcade action with modern roguelike design by patrolling the skies for alien invaders on a rocket-powered jetboard.

Maintain altitude to avoid incoming fire while trading laser blasts with extraterrestrial invaders. Wield a wide variety of weapons and rescue the planet’s would-be abductees from a monstrous fate. Overcome throngs of foes by turning the jetboard into a screen-clearing ballistic missile capable of wiping out advancing armadas, mutated creatures, and massive bosses.

Plunder gold coins in each procedurally-generated stage to purchase powerful upgrades, such as new armor, an expanded armory, and a range of jetboard tuneups that allow the hero to dominate the skies. Advance through the campaign, choosing branching paths after completing each world before squaring up against massive, multi-stage boss fights on the road to victory.

Jetboard Joust (Switch – eShop) comes out on May 18th in Europe and North America.

Ratalaika Games have announced that Angels with Scaly Wings will be released on April 30th in Europe and North America. It will cost 9.99€/ $9.99.

After the discovery of a mysterious portal, you are selected as one of the few humans to travel to the world of dragons. While you serve as an ambassador, you learn more about this strangely familiar place, and discover that your human colleague knows more than he’s letting on… It will be up to you and the friends you make to uncover the conspiracy that threatens the newly discovered world. In the process, you may even find love. 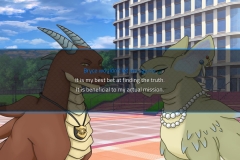 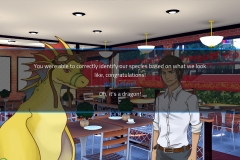 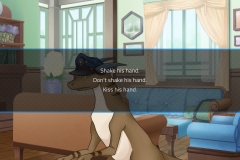 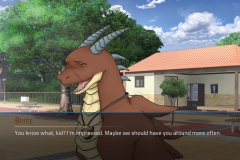 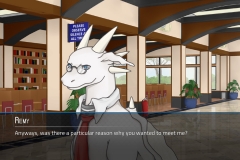 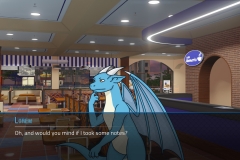 Angels with Scaly Wings (Switch – eShop) comes out on April 30th in Europe and North America.

The latest translation from schmuplations is an interview of Koji Igarashi (Producer/Scenario Writer) and Takashi Takeda (Director/Planning/Monster Programming) about Castlevania: Harmony of Dissonance. Click here to check it out!

Often considered the “black sheep” of the Castlevania GBA series, this Harmony of Dissonance interview with director Takashi Takeda and producer Koji Igarashi was originally featured in the Japanese NTT-PUB strategy guide and covers the game’s design and conception.

Though much of the conversation is rather broad (surprisingly so for a strategy guide interview), readers may be surprised to hear how much Takeda loved the early Famicom Castlevania games and tried to incorporate elements of their design. I’ve also included the brief composer commentary from the HoD OST at the end.

Here’s the latest set of videos for FUSER: