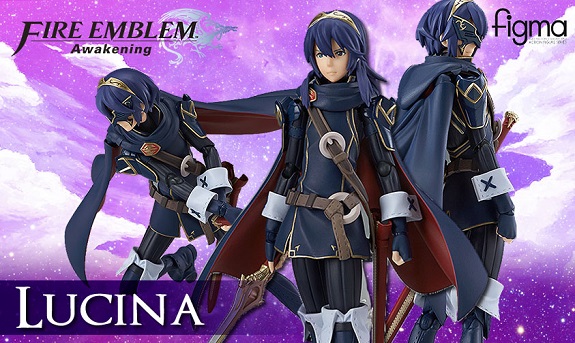 Lucina is one of the most popular figma figures ever released, and therefore, it’s no wonder GoodSmileCompany has announced it would get a re-run (something only the most popular figures get). If you didn’t manage to grab one when it was first released (because you were too late), and if you don’t want to pay inflated prices on eBay, this is definitely good news for you!

Earlier today, Capcom uploaded a separate segment from the stage show dedicated to Monster Hunter Stories, from the Monster Hunter Festa ’16 (Tokyo). It shows some gameplay footage (direct-feed), but nothing really new (it’s just part of the live show, which was previously uploaded on YouTube). It starts by showing the (many!) options for character customisation, then shows some monster riding, some battles, a town, and more.

Here’s the Batman vs Superman trailer for LEGO Dimensions:

Tomorrow, Mini Mario & Friends will launch in North America. From March 25th to April 27th, you will get a download code with the purchase of any amiibo (at participating retailers), which will allow you to download the game on both Wii U and Nintendo 3DS. Alternatively, it will also be released as a free download for everyone on April 28th, on the Nintendo eShop. Naturally, you will still need amiibo to play.

For more details, you can check out the official website, which was launched earlier this week. Unfortunately, there isn’t anything really new in there (it’s just a translated version of the Japanese website).

Chronicles of Teddy: Harmony of Exidus

Yesterday, Aksys Games confirmed the release dates for Chronicles of Teddy: Harmony of Exidus, which are as follows:

Here’s some Pikachu & Friends goodies, coming out on April 23rd in Japan:

Here’s the latest card from the 4th series of Fire Emblem 0 cards, which came out last month in Japan: