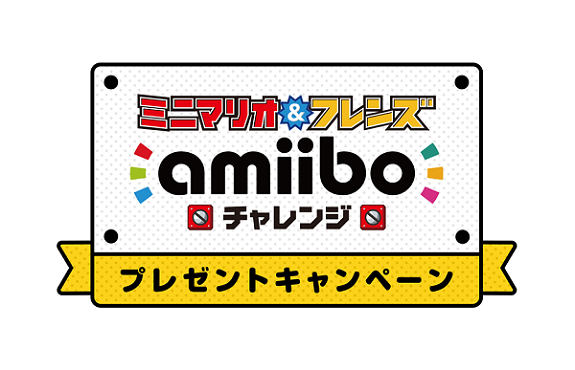 Today, Nintendo talked about amiibo on its Topics “blog”, in Japan. The company revealed that there’s now over 20 games compatible with amiibo on both the Wii U and Nintendo 3DS, with more to come in 2016 (which isn’t surprising, given how much emphasis Nintendo has been putting on amiibo).

To promote amiibo, Nintendo is going to launch a special campaign on January 28th in Japan. By buying an amiibo, players can receive a pamphlet with download codes for Mini Mario & Friends: amiibo Challenge (on both the Wii U and Nintendo 3DS). The promotion will run until there’s no more download codes to distribute. NB: some retailers may not take part in this promotion (such as all online retailers).

Good news for those who already own some amiibo, and don’t want to purchase any to get Mini Mario & Friends: amiibo Challenge, the game will be released for everyone on the Nintendo eShop, but at a later date.

Here’s a promotional video for the campaign:

First, let’s start with some “technical” details about the game:

The website confirms that the levels are exactly the same on Wii U and Nintendo 3DS, so you don’t have to worry if you only have one of the two platforms (or if you prefer to play on your TV / handheld).

The following amiibo are compatible:

To play, you simply need to tap an amiibo on the GamePad / touchscreen of the New Nintendo 3DS (or the NFC Adapter), and the corresponding character corresponding appears in-game. The gameplay is pretty much the same as in the Mario vs Donkey Kong games: you have to guide toys characters through various levels, while avoiding pits and enemies. To do so, you need to draw bridges on the touchscreen.

You can also place pipes using the touchscreen, which allows you to reach another area in the level. In each level, there’s various”tricks” to use, in order to reach the goal (such as canons, which allow you to break certain blocks).

Apparently, each character has its own abilities (see below for the list!). For example:

To reach the second kind of levels, you need to find and use secret exits (with a special door featuring a picture of the character who can use it). They lead to special worlds with levels designed for a specific character. In total, Mini Mario & Friends: amiibo Challenges features over 60 levels.