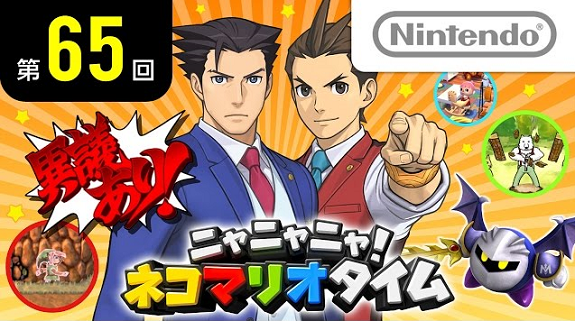 Here’s a short animation for Metroid, made by Rabit MACHINE:

Here’s a video showcasing footage from (almost) every single GameCube game ever released, which took about 5 months to record:

Yesterday, SciFiNow published an interview with Rocky Morton, the Director of the infamous live-action Super Mario Bros. movie. It covers various topics, such as how he ended up involve, how Bob Hoskins and John Leguizamo ended up being casted for Mario and Luigi, if the whole thing was a tough experience for him, and more. You can click here to check it out!

Today, Nintendo uploaded the 65th episode of NyaNyaNya! Neko Mario Time #65, its webshow aimed at kids. In this episode, the following games are showcased: