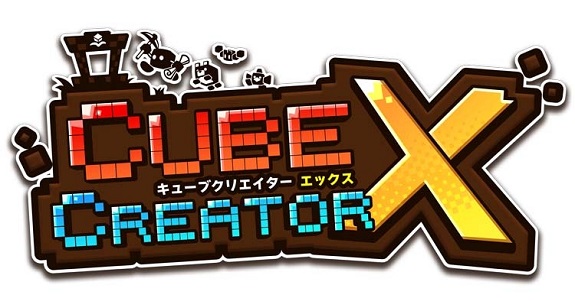 Pretty recently (yesterday, in fact!), SteamWorld Dig 2 was rated by the Australian Classification Board. Now, you might be wondering “Why now?”, since the game did come out several months ago. And the answer is simple: this rating is actually for the retail version of the game.

There’s two signs that points towards a retail release:

Basically, the only thing missing is a proper announcement from Image & Form, which is most likely coming within the next few weeks!

A few weeks ago, Arc System Works announced Cube Creator X: the latest game in the Cube Creator “series”, for the Nintendo Switch. Today, the official website was opened, offering various screenshots for the game (but nothing really new that wasn’t already mentioned in Famitsu magazine).

Cube Creator X (Switch) will be released on April 26th in Japan.

Today, Bandai-Namco revealed another playable characters for My Hero Academia: One’s Justice on Nintendo Switch. That character is none other than Katsuki Bakugou (voiced by Nobuhiko Okamoto). The game now has three known playable character: Izuku Midoriya (voiced by Daiki Yamashita), Tomura Shigaraki (voiced by Kouki Uchiyama), and this one.

Here’s the latest batch of screenshots and artworks for the game:

My Hero Academia: One’s Justice (Switch) does not have a release date yet.

This week, the following game(s) will be showcased in Famitsu magazine:

The latest issue of Famitsu magazine comes out on Thursday in Japan (Wednesday morning afternoon for North America and Europe, respectively).

Thanks to a rating from the ESRB, we now know that a game called Firefighters – The Simulation is coming to the Nintendo Switch. We don’t know much about the game, other than it will be published by UIG GmbH. Then again, it’s a firefighter simulator, so there really isn’t anything surprising about the game.

This is a firefighting simulation game in which players can complete missions while working as a firefighter. Players are given a variety of equipment and vehicles in order to clean up oil spills, neutralize hazardous substances, and extinguish fires.

Firefighters – The Simulation (Switch) does not have a release date yet, but it’s already been added to the Upcoming Games page!

Here’s pictures of a Monster Hunter bag, releasing on May 23rd in Japan:

Here’s pictures of a set of accessories for the Nintendo Switch, from Japan:

Here’s a couple of videos for the Sonic Forces Academy: