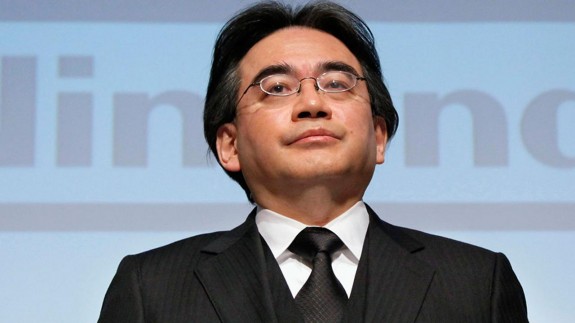 On Thursday, Satoru Iwata was honoured with a posthumous Lifetime Achievement Award during the D.I.C.E. Awards. Reggie Fils-Aimé came to make a speech, that you can watch (again) in the video below (the relevant part starts at 1:18:17, if the timestamp doesn’t work):

Yesterday, Shu Takumi posted a message on Twitter, and announced that voice recording for the anime series has begun. It’s all a bit new for him, as he’s never been involved with the production of an anime series before.

Good news for Pokémon fans who happen to live near Los Angeles: the Pokémon pop-up store is back, with even :more Pokémon-themed products from a long list of specialty designers and companies, many of which are actually exclusives to the store. During the opening night, on February 27th (Pokémon day), there will be:

So far, pretty much all the gameplay videos for the English version of Pokkén Tournament have featured English voices, but it turns out the French version has Japanese voices too (along with English).

Here’s a video with the Japanese voices:

It does look like the European version of the game does feature Japanese voices (which will be a relief for many players, as the English VA for the announcer is… a bit peculiar). Unfortunately, it’s not clear which regions/countries get which languages, but there’s no doubt we’ll get more details in the upcoming days.

Do you like the Zero Escape series? Did you ever think that a real life Escape Room game based on it would be neat? Do you live near Los Angeles? If your answer to all those question is yes, then Aksys Games has some good news for you! Yesterday, they announced that an escape room based on the Zero Escape series will be opening on April 15th at Weller Court in Los Angeles.

Here’s what Aksys Games wrote about the game:

Aksys Games and SCRAP Entertainment in association with Spike Chunsoft proudly announce that an escape room based on the Zero Escape series will be opening 4/15/16 at Weller Court in Los Angeles! “Real Zero Escape: Trust on Trial” features an all new custom scenario centered in the Zero Escape universe and puts players inside a locked room with a mere 60 minutes to escape! Tickets go on sale 2/29/16!

If you’re looking for more details about that, you can check out the official Real Escape website! One thing to note: the game will not take place during only one day, and it will remain open for at least several months (as long as there is support).

Yesterday, the Nintendo World Store (now known as Nintendo NY) re-opened after some renovation. One of the journalists from Inside-Games was there for the first ribbon cutting ceremony (for the press), and took plenty of pictures of the new store.

Yesterday, Circle Ent. teased more games coming soon to the Nintendo 3DS, but didn’t say which one. Apparently, one of them will be pretty popular…