Hello, everyone. Ten years have passed since PlatinumGames was founded in 2006!

Even though our company was founded by a group of people with a decent amount of experience in the video game industry, our name recognition in the beginning was obviously nonexistent. We weren’t really in the position to make a big fanfare about establishing our company, either. I distinctly remember setting sail quietly, without really being noticed by consumers. But our goal right from the start was to create high-quality video games, and we’ve been working towards that goal ever since.

We released our first title in 2009. We used the publicity for that product to introduce ourselves to the world, and by the time the game was on shelves, we’d finally managed to establish a clear profile as a company. I strongly feel that we are still able to take our straightforward stance towards game development today thanks to a decade of support from the many fans who play our games. I am very grateful to all of you for this support.

In recent years, perhaps slightly presumptuously, we’ve adopted the slogan “Taking on the World as the Representative of Japan.” Japan used to lead the worldwide video game industry, but we can’t help but feel that it has lost some of its vitality in recent years. Yet we are using this state of affairs to motivate and inspire ourselves. If there is any conclusion that can be gleaned from this statement, it’s that we are dependent on the continued support of our fans. We will keep up our fighting stance. We will keep working hard to bring even more high-quality entertainment to all our fans all over the globe.

PlatinumGames has a bright, shining future ahead of itself, and we hope you’ll come along with us to see it.

They also posted a wallpaper: you can click here to check it out! 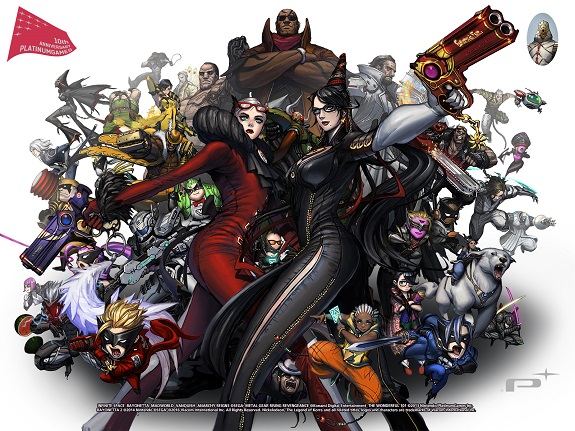 Yesterday, Nintendo of America uploaded a trailer for Resident Evil 4 Wii Edition, which is coming out this Thursday in North America:

Yesterday, Polygon published a rather lenghty article about Keiji Inafune, looking back on 5 years of comcept (the company he created after leaving Capcom, back in 2010). It tackles quite a few topics, including his career, Hideki Kamiya’s tweets (him saying Inafune was businessman, not a game creator, and his criticizing Mighty No. 9), comcept’s games during its first 5 years, what’s coming in the next 5 years, and more. Click here to read it!

Opoona is a RPG developed by ArtePiazza, which came out on Wii in 2007 (2008 in the West). Today, ArtePiazza announced that some LINE stamps would be released in the near future!

Natsume is holding their annual Q&A over on Tumblr: you can click here to learn more about that, and eventually ask a question or two yourself!