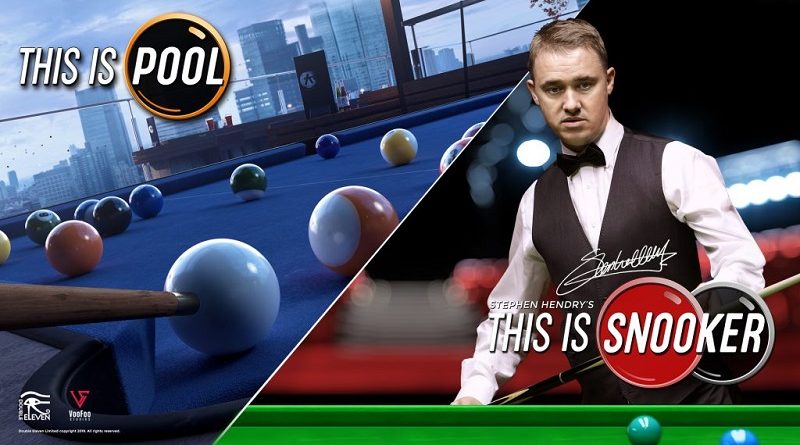 Today’s Daily Briefs: This Is Snooker announced for the Nintendo Switch, but also…

A few months ago, VooFoo Studios announced This Is Pool for the Nintendo Switch. And today, they announced yet another cue sports game for the console, called This Is Snooker. No release date yet, but here’s a trailer, some details, and some screenshots:

Former world number one for nine seasons, Hendry is widely regarded as one of snooker’s greatest ever players. Stephen features in the game as both an AI opponent and expert mentor in a series of exclusive ‘Cue Tips’ videos designed to help improve your real-life and in-game snooker skills. Players will also be invited to play-through a series of arcade scenarios that challenge you to recreate defining moments in the snooker legend’s record-breaking snooker career.

VooFoo Studios has worked meticulously with Hendry to recreate his unique characteristics and attacking style of play in-game and to enhance their ability to create totally believable cue-sport physics in a stunningly realistic simulation of one of the world’s most exciting and competitive sports. Also featured in the game is world-renowned professional snooker and pool referee, Michaela Tabb, whose familiar voice brings authority and authenticity to the in-game referee.

Here’s some screenshots for This Is Pool:

This Is Snooker and This Is Pool (Switch) do not have a release date yet. The Upcoming Games page has been updated!

During a livestream, earlier today, Marvelous announced that players who play Rune Factory 4 Special will be able to unlock some goodies in Rune Factory 5. We don’t quite know what exactly, but that’s something that will be further detailed at a later date.

Speaking of Rune Factory 5, it was also announced that it will be released in 2020 in Japan.

Next, here’s the latest trailer for Rune Factory 4 Special, revealed during the livestream:

Also, the game was showcased during the livestream, with plenty of gameplay footage. Here’s a YouTube playlist with all our recordings:

But if you prefer, here’s the full recording of the livestream (with all the talking):

Nighthawk Interactive have announced that they will release Enter the Gungeon at retail on June 25th in North America. This edition will cost $29.99 (available at GameStop, Amazon, Target, and BestBuy), and will include the following:

Enter the Gungeon (Switch) comes out at retail on June 25th in North America. The Upcoming Games page has been updated!