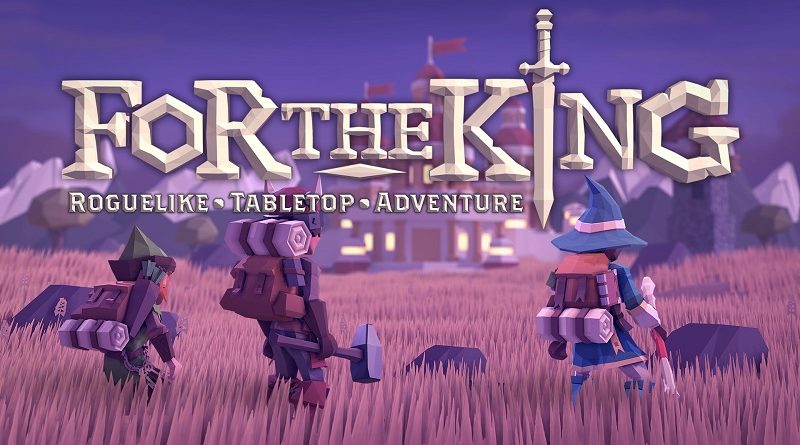 Today’s Nintendo eShop news: For The King announced for the Nintendo Switch, but also…

Curve Digital have announced that they’re bringing Ironaok Games’ For The King to the Nintendo Switch. This critically acclaimed rogue-like RPG will be released on May 9th, and will get a 20% off discount at launch.

For The King is a strategic RPG that blends tabletop and roguelike elements in a challenging adventure that spans the realms. Incredibly replayable, venture forth into the lands of Fahrul and discover that every playthrough is unique with procedural maps, quests, and events. Just remember adventurer, you do this not for riches or fame but for your village, for your realm, For The King!

The King is dead, murdered by an unknown assailant. Now the once peaceful kingdom of Fahrul is in chaos. With nowhere left to turn and stretched beyond her means, the queen has put out a desperate plea to the citizens of the land to rise up and stem the tide of impending doom. Will you put an end to the Chaos?

For The King’s most replayable aspect comes in the form of Lore. Lore is generated through battles, story content, quests and more and is a currency that is carried through each of your playthroughs, giving the player a real sense of player progression.  Lore is used to purchase new Characters, Customization Options, Locations, Encounters and Items to continue to vary and enhance your gameplay as you continue to save Fahrul!

Finally, it was also announced that the game will get a limited retail release via Merge Games and its Signature Edition label. The game will include the following:

Here’s what the Signature Edition of For The King looks like:

For The King (Switch – eShop) comes out on May 9th in Europe and North America. The Upcoming Games page has been updated!

Shotgun with Glitters have announced that they are bringing The Padre, a “retro stylised 3D horror adventure game tapping deep into the roots of classic horror games”, to the Nintendo Switch. It will be released on April 18th in Europe and North America, and will cost 19.99€ / £15.49 / $19.99.

On the trail of a lost cardinal, The Padre soon finds himself alone and without his demon-slaying tools inside a dreary mansion where a larger supernatural power is at play. But fear not! The dark and striking atmosphere is often cut by the wicked humour of the witty Padre. You will need to use your brains to solve challenging puzzles, as well as your brawns to fend off monsters, all while trying to unravel the mysteries of the mansion and your own dark past.

Be wary though, if you fail enough times it’s permanent GAME OVER!

The Padre (Switch – eShop) comes out on April 18th in Europe and North America. The Upcoming Games page has been updated!

FDG Entertainment have announced that Venture Kid will get a special offer for players who already own the other games they have published on Nintendo Switch. If you already own Monster Boy and the Cursed Kingdom, Blossom Tales: The Sleeping King, or Oceanhorn: Monster of Uncharted Sea, then you will be able to get 25% off the regular price of Venture Kid!

Venture Kid (Switch – eShop) does not have a release date yet.

Here’s the latest set of pictures for Rad:

Rad (Switch – eShop) comes out this Summer in Europe and North America.

Here’s the launch trailer for Overwhelm, now available in Europe and North America: