Bandai-Namco have announced that the next DLC character for Dragon Ball FighterZ, Goku (GT) will be added to the game on May 9th. It will be available for purchase both as part of the FighterZ Pass 2 and separately.

Here’s a short trailer for this new character:

The latest issue of Famitsu magazine, to be released in a few hours in Japan, will reveal the voice cast for Oninaki (the latest JRPG from Tokyo RPG Factory). Here’s some of the voice actors revealed so far (NB character names are :

The latest issue of Famitsu magazine, to be released in a few hours in Japan, will reveal that Jinrui no Minna-sama e is getting some DLC. A new character will be added: Ayaka Sohaya (voiced by Yuki Yagi), a half-Japanese half-Russian student from abroad, who happens to love space. The DLC, sold 500 Yen, will shine some more light on the mysteries of the main game.

Jinrui no Minna-sama e (Switch) comes out on June 27th in Japan.

Cytus α (Switch) comes out on April 25th worldwide, with retail release following on May 14th in North America and later this year in Europe.

Here’s some pictures of a Bluetooth Audio Transmitter for the Nintendo Switch from Cybergadget, allowing you to use a Bluetooth headset with the console, and releasing on April 27th in Japan (price: 7 344 Yen): 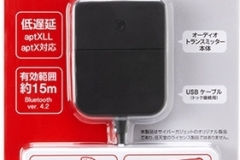 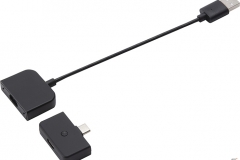 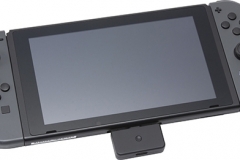 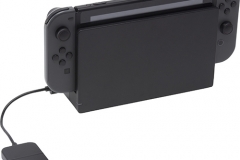