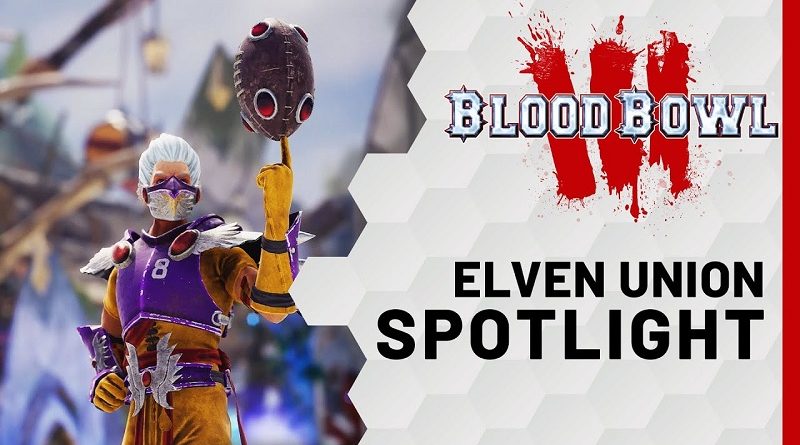 When it launches in February 2022, the full version of Blood Bowl 3 will feature no less than 12 different teams, each with their own specifities. Nacon have been sharing videos showcasing each team on a regular basis, and today, we get to see the Eleven Union in action!

Relying on passing and their players’ agility, the Elven Union teams are out to prove that Blood Bowl is a sport that can be played with grace, finesse and elegance.

Composed of High Elves, Wood Elves and Dark Elves, the teams comprising the Elven Union are known for their agility and passing game. But be careful: when it comes to physical contact, the players on these teams are fragile and injury prone.

There are four types of players in the Elven Union teams. The main strength of the inexpensive linemen and linewomen is their agility. As for the throwers, they can throw long passes with surgical precision. The throwers form formidable pairs with the receivers, who can catch the most incredible passes. And finally, the blitzers are there to block opponent attacks.

Funnier, bloodier, and more spectacular than ever, Blood Bowl 3 will be a hit with fans of the universe and strategy games alike. At launch, the game will include 12 teams’ each with their own pitch and cheerleaders, Campaign and Multiplayer modes, and more customization options than a Blood Bowl game has ever received before.

Blood Bowl 3 (Switch) does not have a release date yet, but is slated for a February release in Europe and North America.