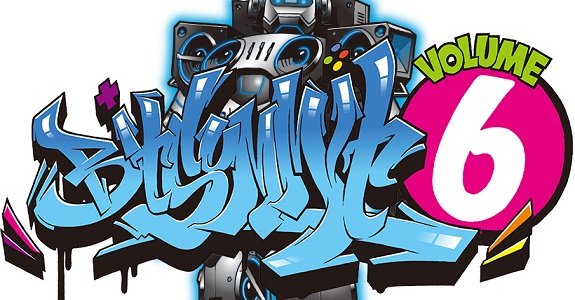 Here’s the list of Nintendo Switch games that will be playable at BitSummit Vol. 6 next month in Japan (on May 12th and May 13th):

She Remembered Caterpillars is a fungipunk fantasy about love, loss, and holding on, told in the format of a colour-based puzzle game. A tale as the bond between parent and child, this lush and bewildering title will have players testing their wits against a variety of challenges, some devious, and others outright nefarious, but all beautiful and very, very strange.

Experience the freedom of flight over a flooded world in this aeronautic hero’s journey, where lives revolve around the ancient evil beneath the waves. This action adventure takes you from humble beginnings in a fishing village to daring capers with sky pirates, uncovering the mystery of murderous cultists and passing through to discover what lies on the other side.

You play as a woman born in a conservative island community where it is forbidden to fly. When her brother Elm is lost at sea, she breaks the laws of her people to fly out and find him. On her journey she learns that the world is much bigger than she was told but as dangerous as she was warned. On the way you realise that it not only Elm who is in danger but the entire human race.

AWAY: Journey to the Unexpected (Aurélien Regard)

“AWAY: Journey to the Unexpected” is a colorful first person adventure game that combines action, negotiation and rogue-lite elements.Progress through the levels and the story, choose your path, but above all, recruit allies. All the strange characters you meet in game can be played in first person, and it’s up to you to find the right answers to get them to join your team!Idiotic workmen, mysteries from outer space, oddball friends, and fast combat await!

Cosmos Defenders is a 2D fast-paced revolving shooter about a group of unconventional heroes using the power of nature to stop chaotic aliens from taking over the universe. Cooperate with other guardians, protect the galaxy from the wicked, restore peace and make it prevail… or not?

Explore the Forgotten World of Numbra to uncover your mysterious past and save the land from an imminent threat. In this land of eternal night, you will rely on your Shadow Core to brave the many challenges and foes standing in your way. Do you have what it takes to survive in perilous Numbra?

Semblance is a postmodern riff on the genre of ‘platformers’ popularised famously by the Mario games. The work takes the fundamental assumption of a ‘platform’ in the genre and turns it on its head. What if platforms were part of the gameplay, part of the way a player solved problems? Can’t reach something? Just deform the ground up so you can jump from a higher point. Spikes in the way? Push the ground lower so you can pass by. Semblance presents a pastiche of classic platforming problems & puzzles that players must now overcome in lateral and fresh ways.

Tale of Ronin is a game about the human side of the Samurai. Live as a Ronin, survive the consequences of your choices in a dynamic world of turmoil and violence. An RPG game about camaraderie and betrayal, about war and peace, and above all honor, coming to PC and consoles.Tale of Ronin is the upcoming game by Dead Mage. Our extreme interest in the Samurai culture and RPG games with great player freedom led us to this game. Our aim is to focus on the unique human aspects of the fierce warriors which has not been portrayed very much in other games or media.FeaturesA dynamic world to explore and create your own story as a free Ronin.Focus on the human side of the Samurai and the role of their personal emotions in their adventures and combat.Simultaneous turn-based combat system that includes the details of Katana swordsmanship.Sekai System, you die, the world lives: play the story of a new Ronin in the same world after each death.Unique traditional Sumi-e art style providing a hand painted inky look and feel.A world setting standing on a fine line between reality and fantasy.

Slime-san was minding his own business, sliming around in a peaceful forest when suddenly…A giant worm appeared and gobbled him up! Now deep within the worm’s belly, Slime-san has to face a decision: Be digested by the incoming wall of stomach acid… Or jump, slide and slime his way through the worms intestines and back out its mouth!

Slime-san: Superslime Edition is the ultimate version of Slime-san that celebrates nearly one year worth of post game content! It includes both major content patches “Blackbird’s Kraken” and “Sheeple’s Sequel” which introduce brand new campaigns, levels, modes and more! To top it off, the “Superslime Edition” comes with unique levels of its own that will push your slimy skills to their limit!

Are you ready for this action filled, jam-packed platforming adventure? Let’s get to it slime-pal!

samuraiJET is a fast-paced side-scrolling 2d slash game. A samurai with JET flies rapidly and slashes enemies. KILL THEM ALL! You can upgrade JET and KATANA with money that you get by slashing enemies.

Finally, here’s some screenshots for all these games:

The Upcoming Games page has been updated with all the new games!