Yesterday, Nintendo of Europe announced that Art Academy: Atelier would come out on June 26th in Europe (on the same day as Yoshi’s Woolly World). But there’s a little tidbit we missed from the press release… the price!

Unsurprisingly, Art Academy: Atelier will be a budget release (at least, in Europe). But that’s not all: there’s even a special discount for Wii U owners who already purchased Art Academy: Sketchpad, and want to upgrade (of course, the two “games” need to be purchased on the same Wii U).

But that’s not all… Nintendo of Australia announced that Art Academy: Atelier would come out on July 4th in Australia and New Zealand. The prices will be as follow: 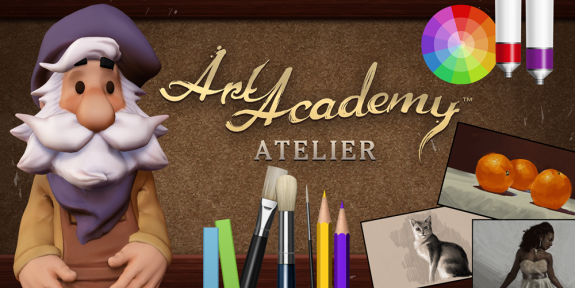 Art Academy: Atelier (Wii U) comes out on June 26th in Europe, July 4th in Australia/New-Zealand and later this year in Japan and North America.