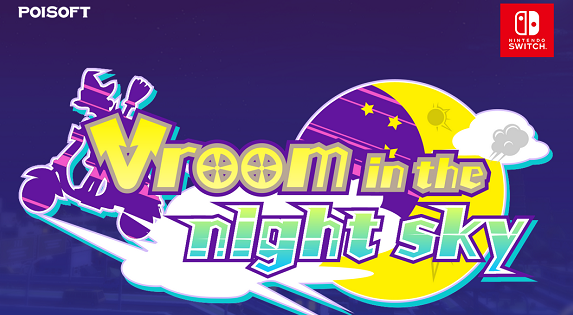 Today, Poisoft shared some more details about the first Software update for Vroom in the night sky, their first game on the Nintendo Switch. It will bring the game to Ver. 1.1.0, and will be released tomorrow (April 5th):

The North American version of the game will launch at the same time as the update.

Here’s the patchnotes for the update:

Finally, here’s a trailer introducing the game and some of the changes/additions from Ver. 1.1.0 (along with some screenshots):

Vroom in the night sky (Switch – eShop) will be released on April 5th in North America. The Upcoming Releases page has been updated!