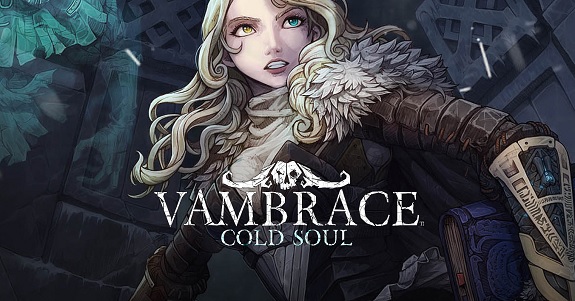 This week, Famitsu is revealing that Chorus Worldwide has two more Nintendo Switch games in the works: Vambrace: Cold Soul (by Devespresso Games) and Forgotton Anne (by ThroughLine Games).

Devespresso Games, the team behind The Coma: Recut, is back with Vambrace: Cold Soul, a fantasy adventure roguelike taking place in a world under a perment bligh of frost fall. It’s coming to the Nintendo Switch in Spring 2019 in Japan, where it will be published by Chorus Worldwide (the release window and publisher are most likely going to be the same for Europe and North America).

Never heard of this game before? Here’s what the story is all about:

The Shade King has cursed the great city of Icenaire. Now cast under a permanent blight of frost fall, its former residents have returned from the dead as wraiths. Survivors take refuge deep underground where they lead a desperate campaign against this unearthly power. Woefully outmatched, they are forced into hiding as the King of Shades amasses an army of the undead above them. One fateful day, a mysterious stranger appears in the city with an enchanted vambrace. She may now be their only hope…

And here’s the list of key features, along with some screenshots:

Finally, here’s the preview page from Famitsu magazine, which is featuring the game in its latest issue (releasing this Thursday in Japan, effectively Wednesday morning/afternoon in North America and Europe respectively):