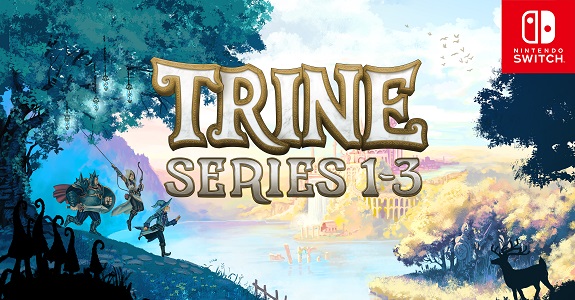 A few weeks ago, Frozenbyte announced Trine 4: The Nightmare Prince, releasing on Nintendo Switch next year. If you were wondering whether the other games from the series would also come to the console, the answer is… yes! In fact, the first one is already available from the Nintendo eShop in Europe and North America!

Today, Frozenbyte announced that they are working with GameTrust in order to bring Trine Enchanted Edition, Trine 2: Complete Story, and Trine 3: The Artifacts of Power to the Nintendo Switch. It’s BlitWorks (that have already ported quite a few games to the console) that were tasked with porting the games.

Here’s two trailers, some details, and some screenshots:

Trine Enchanted Edition is the origin story for the three unlikely heroes of Trine – Amadeus the Wizard, Pontius the Knight, and Zoya the Thief. Spellbound by the magical object Trine, the heroes must join forces to overcome obstacles and puzzles in a fully interactive physics-based world, battle the undead and their minions, and restore balance to the kingdom!

The other two games will follow “soon after”, with the exact release dates still to be announced.

The Upcoming Games page has been updated with those new games!