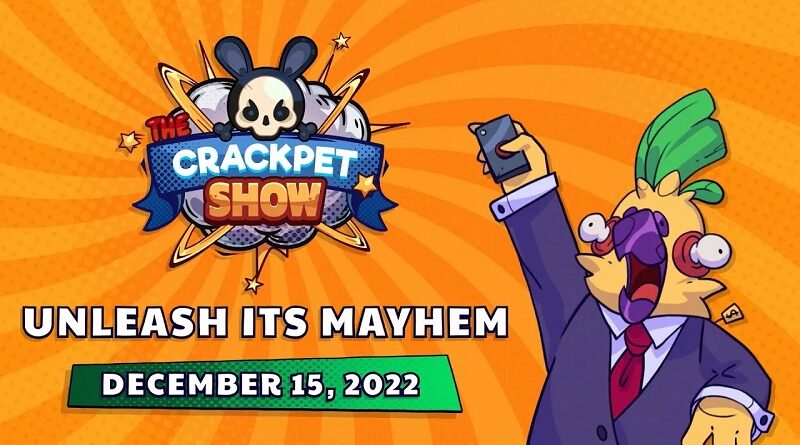 Announced nearly 2 years ago, The Crackpet Show is almost ready for release! Ravenage Games have announced that Vixa Games’ “violent twin-stick crowdpleaser” will launch on December 15th in Europe and North America.

To celebrate the release date announcement, they shared a brand new trailer for the game:

In this gory shoot ’em up, you get to play as mutated animals as they compete in a violent TV show to earn likes and sponsorships, and ultimate to become celebrities. This version of the game features the following:

Finally, here’s some details and some screenshots:

In The Crackpet Show’s new Endless Mode, contestants will choose their beast, select a class and dive paws-first into never-ending slaughter with wave after wave of enemies and bosses to disembowel. Keep your eyes on your loadout, perks and special items. Clean out rooms, find the build that best suits your playstyle, and climb the leaderboard to claim your fame. Want to enlist the help of accomplices? Four players can team up via couch co-op or remote play functionality for the ultimate muppet massacre.

Every cult classic TV show needs a good theme song. Thankfully, Jerome Rossen, composer behind every single note in every single episode of the totally kid-friendly Happy Tree Friends, has composed the main theme of The Crackpet Show. The tune perfectly compliments the new in-game jazz funk tracks that make homicide a delight.

The Crackpet Show on Switch and PC via Steam will also feature a full campaign with new skins for characters, refreshed minibosses, new decorations and room layouts, new guns, new perks, and a final episode with a final boss you’ll never see coming. We hope you visited the vet recently. An epic, bloody fight for likes and fame awaits!

Switch owners can expect to enjoy the same power trip-inducing experience as their friends on PC. Play together with only one console at home or on the go! Paint the corners of your handheld’s screen deep red as you blast away foes and become the most admired animal mutant the world has ever known. We recommend giving couch co-op a whirl with friends (or a nice stranger, if you can find one). Endless mode is especially fun – just don’t assault anyone in real life when you die early. 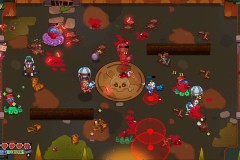 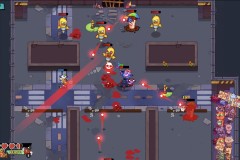 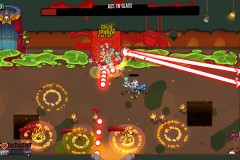 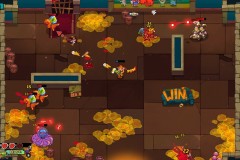 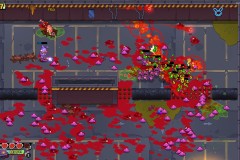 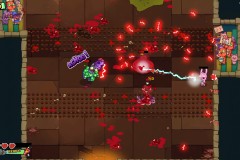 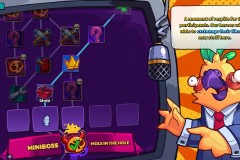 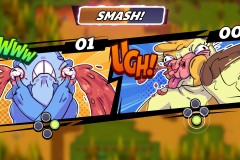 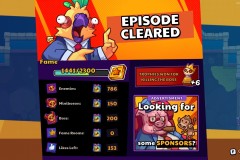 The Crackpet Show (Switch – eShop) comes out on December 15th in Europe and North America.