During the latest presentation dedicated to Super Smash Bros. Ultimate, Masahiro Sakurai revealed the final character from the first Fighter Pass. It’s none other than Bylet from Fire Emblem: Three Houses, which joins the roster with both the male and female versions. It will be released on January 28th (North America) / January 29th (Europe, Japan).

As usual, the new character was revealed via a special video created specifically for the presentation, this time by Sanzigen (CGI, who also worked on Fire Emblem: Three Houses), Koei-Tecmo (who co-developed that game with Intelligent Systems), and the Super Smash Bros. Ultimate development team.

Of course, there’s also going to be another set of Mii Fighter costumes on the same day Byleth is released:

During the presentation, it was also announced that the second wave of DLC characters will include no less than 6 fighters. They will be part of the Fighter Pass Vol. 2, which will be available for purchase from January 28th/29th. All the characters will be released by December 31st 2021.

Finally, here’s the full press release from Nintendo, complete with some screenshots of the new DLC:

All of this new content will be available to players who own the Super Smash Bros. Ultimate Fighters Pass or purchase Challenger Pack 5 separately.* In addition to Byleth’s reveal, new details were announced about the Super Smash Bros. Ultimate Fighters Pass Vol. 2, which will include six more fighters currently under development. By purchasing Fighters Pass Vol. 2 for a suggested retail price of $29.99, players will get access to six more yet-to-be-announced Challenger Packs as they release. Each pack includes one new fighter, one stage and multiple music tracks. Those who purchase Fighters Pass Vol. 2 will also receive an exclusive costume for Mii Swordfighter, the Ancient Soldier Gear from the Legend of Zelda: Breath of the Wild game, available in-game starting Jan. 28. To view the video in its entirety, visit https://www.youtube.com/nintendo.

“As Super Smash Bros. Ultimate continues to inspire friendly competition and heated matches on Nintendo Switch, the addition of Byleth from the beloved Fire Emblem series, along with the announcement of six more upcoming fighters, represents our commitment to supporting the game with new content that further enriches the overall experience,” said Nick Chavez, Nintendo of America’s Senior Vice President of Sales and Marketing. “Super Smash Bros. Ultimate will continue to welcome both newcomers and veteran players alike to enjoy the thrill of battle while exploring its unparalleled lineup of gaming icons.”

Byleth joins the ranks as the 80th legendary video game character included as a playable fighter in Super Smash Bros. Ultimate, which features the biggest crossover of video game characters in history. Drawing upon Byleth’s chivalric exploits, their inclusion in the roster will change the tide of every battle they appear in, with clever strategic choices motivating each defensive posture and offensive attack in their move set. With a sword, axe, lance and bow in hand, prevailing in combat will often come down to selecting the right moments to hold ground or advance.

Byleth’s accompanying stage, the Garreg Mach Monastery, also features a variety of cameos from popular characters in the Fire Emblem series, including Edelgard from the Black Eagles, Claude from the Golden Deer and Dimitri from the Blue Lions.

Super Smash Bros. Ultimate will also receive a new Spirit Board, which features some of the other popular characters from the Fire Emblem series, along with a new classic mode route, “A Heroic Legacy,” which highlights classic Fire Emblem stages throughout the series’ storied history.

Additional new fighters, stages and music will also be coming to Super Smash Bros. Ultimate through the Super Smash Bros. Ultimate Fighters Pass Vol. 2. Players can also continue to purchase the current Fighters Pass for a suggested retail price of $24.99 to gain access to the first five Challenger Packs. Playable fighters Joker, Hero, Banjo & Kazooie and Terry Bogard are all available now, with Byleth joining on Jan. 28. For only $5.99, players can also purchase the packs individually. 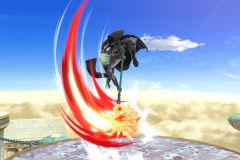 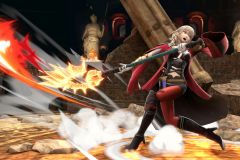 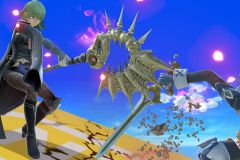 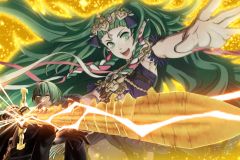 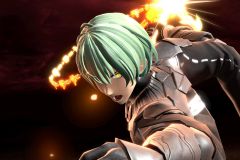 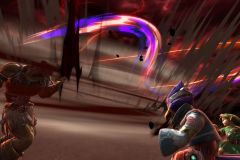 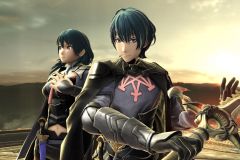 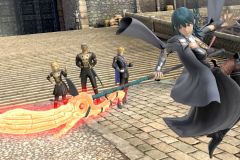 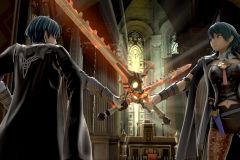 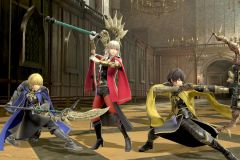 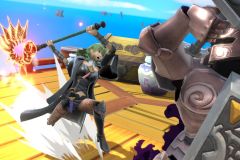 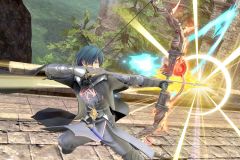 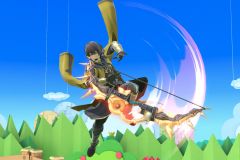 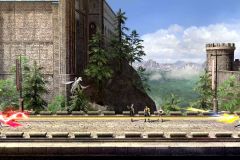 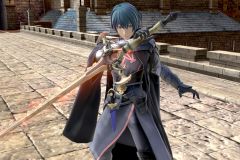 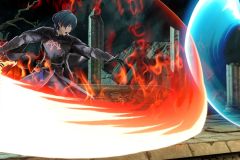 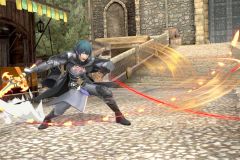 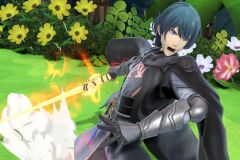 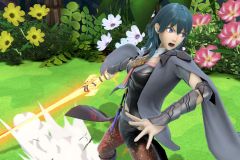 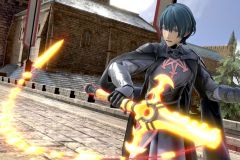 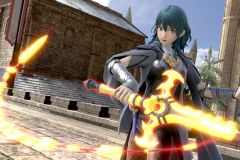 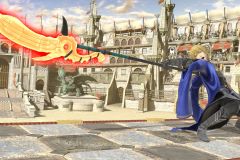 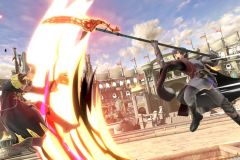 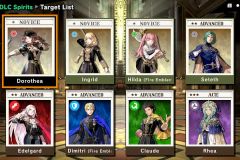