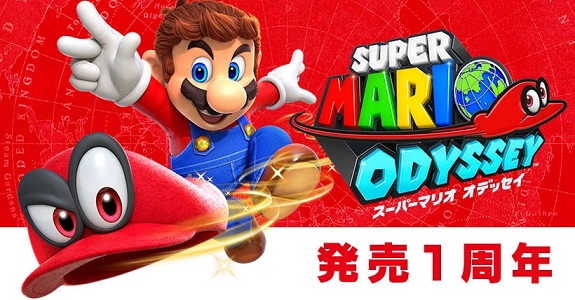 A Cappy hat will be distributed to all Animal Crossing: Pocket Camp players on October 27th (check out this post more details)

A special version of the game, including a “Travel Guide” book, and similar to the Starter Pack released last month in North America, will be released on November 9th in Japan. The “Travel Guide” book has 40 pages, and will also be available for purchase separately on the My Nintendo Store.

8-bit Luigi and 8-bit Captain Toad will appear on the New Donk City Festival “stage” in New Donk City, from October 27th to November 7th. No less than 39 of them will appear, and doing a ground pound attack on them will allow you to earn tons of coins! But why 39, you ask? If because 39 is read as “San” (3 in Japanese) + “kyu” (9 in Japanese)… in other words: Thank You!

Some Choco-Eggs including some Super Mario Odyssey toys, which are already available in Japan!