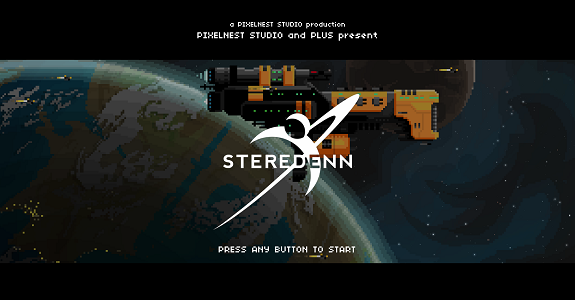 Described as a “freenetic and chaotic space shooter”, Steredenn offers “big beautiful pixels”, fast, additive, and tough as nail action, not to mention “insane”, intense, and epic boss battles. By defeating them, you can upgrade your ship, and unlock new powers and abilities. Your goal? Fight the space pirates (no, not the one from the Metroid series!), and find a way to survive.

The developers introduce Steredenn as a game in-between a shoot ’em up and a roguelike, with infinite and unforgiving gameplay. The levels are (almost) randomly generated, with various unpredictable events (such as asteroid fields, lasers, meteor showers, old battlefields, and more lasers… wait, did we mention lasers?).

Finally, here’s a trailer and plenty of screenshots:

Steredeen (Switch) does not have a release date yet, but it’s already been added to the Upcoming Releases page