On Friday, the Squid Research Lab posted two pics on the official Twitter account for Splatoon, in order to talk about a new enemy (already mentionned in previous reports, though). It’s called Bi-Takotrooper, and they’re actually quite stronger than regular Octotroopers. After all, they seem to be from a higher class of soldiers.

They use their two tentacles to activate various switches, buttons and levers. Bi-Takotrooper can one-shoot you, so you’d better be careful and face them one-on-one.

And today, the Squid Research Lab introduced a new weapon called the Wakaba Shooter. It’s actually the very weapon that young Inklings going to Inkopolis for the first time get to try out. It has a rather short range, isn’t really powerful, but its fire rate is quite high and it doesn’t use much ink. In Japanese, wakaba means “young leaf”, and that’s probably why this weapon (which is very easy to use, making it ideal for beginners) is called that way. 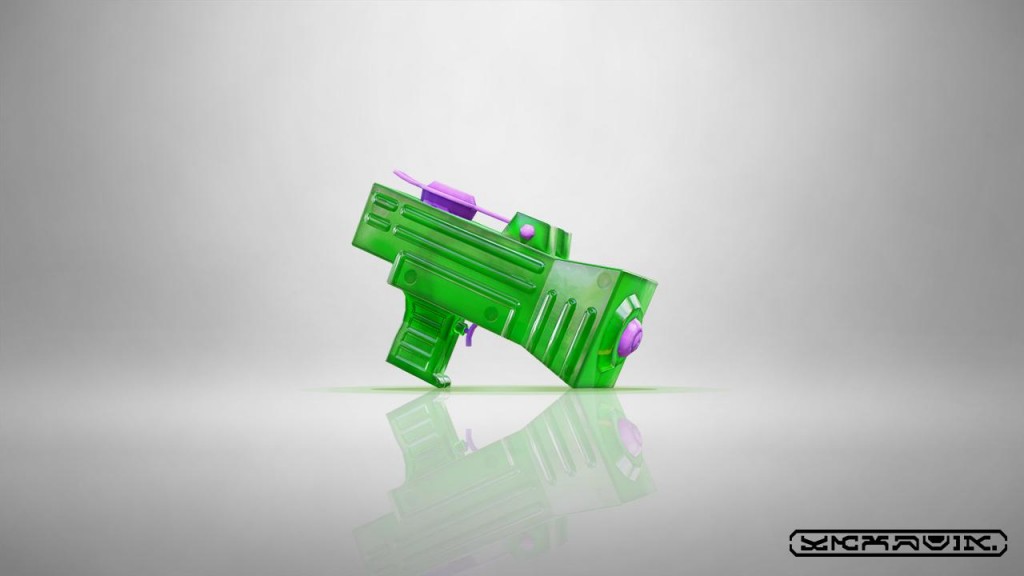 Here’s a video of the Wakaba shooter in action: