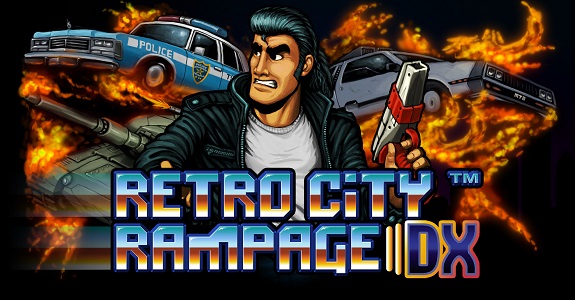 Cheats have become way less common in recent years, and yet, there’s still developers who are really attached to them. That’s the case of Vblank Entertainment, who included some in Reto City Rampage DX on Nintendo Switch (and Nintendo 3DS). Want to get all weapons? Become invicible? Get loads of cash easily? You’ve come to the right place!

But first, a few words about the cheat codes below. First of all, they work on both the Nintendo Switch and Nintendo 3DS version of the game. In fact, they work with all versions of Retro City Rampage DX: you simply need to replace the buttons by their PlayStation / Xbox equivalent (such a A becoming O).

Another pretty important thing to keep in mind: you can not save after using a cheat code: you have to exit and re-launch the game. In other words, you cannot simply cheese your way through missions using cheat codes, which are only there for you to have fun in the world.