The Pokémon Company is using some rather interesting methods to promote Pokémon Sword and Shield. A few days ago, a new Pokémon was teased via a “glitch” on the official website. And today, it has been announced that a livestream will take place next week.

This will not be your usual livestream à la Nintendo Direct or one of those web presentations Japanese publishers are so fond of. Instead, it will be a 24h-long livestream consisting exclusively of footage from a camera set up in Glimwood Tangle, located in the Galar region. It will allow players to see various Pokémon from that part of the region, though it’s not clear which ones, if there will be new ones (there most likely will), and if yes, how many.

The livestream will start on October 4th at:

You will be able to check out the livestream in English on Twitch and YouTube:

My name’s Sonia, and I’m a Pokémon researcher. Here in Galar, I’m always helping out with research for my gran—Professor Magnolia, that is! I’m sending this message because I could really use your help with some research I’m doing. Next week, a camera will be set up in a strange forest here in Galar known as Glimwood Tangle, and the camera will begin broadcasting live footage. The broadcast will last for 24 hours! If you could take a gander when you have time, that’d be just great. Thanks in advance!

Niantic have announced that the Moltres Raid Event, which was supposed to take place last year but was postponed in Hokkaido due to the major earthquake that hit the region, has been rescheduled. It will now take place on October 19th, from 11AM to 2PM, and will feature both regular and Shiny Moltres. 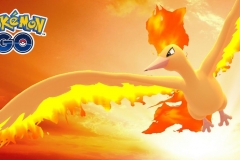 Also, it has been announced that during the upcoming Legendary Raid Hour featuring Mewtwo (on October 8th), players will get up to 2 additional Raid Passes, as compensation for the event being postponed due to technical issues.

Here’s a TV Commercial for Pokémon Masters from Japan:

As usual, you can find more details about the Serial Codes for Pokémon Ultra Sun and Ultra Moon on this page!

Here’s the latest promo video for the Pokémon Center stores in Japan: