Today, a new Pokémon for Pokémon Sword and Shield was “revealed”. We don’t know much about it other than it’s a Fighting type Pokémon with the Steadfast Ability. Part of its Japanese is “Nite” (which could as well be read as Knight or Niight).

Here’s a glitchy picture of that Pokémon: 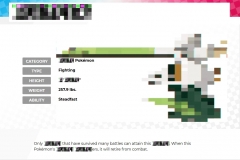 Unfortunately, it’s not clear when this Pokémon will be properly revealed. 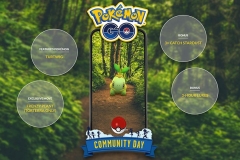 Good news for players in Turkey: the beta version of the PokéStop submission system is now live in your country. As usual, you need to be Level 40 in order to use it.

Another set for the Pokémon Trading Card Game was revealed today: Tag Team GX Tag All Stars, releasing on October 4th in Japan. It will include a best-of of cards from sets released between December 8th 2017 and May 31st. 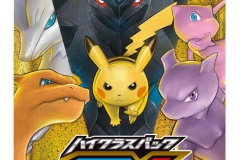 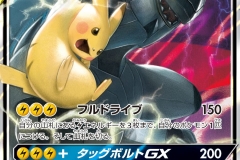 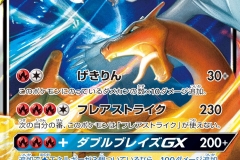 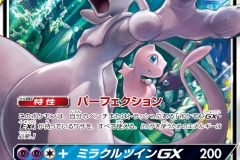 Speaking of the Pokémon Trading Card Game, here’s the latest promo video for it:

The latest figure from the A Day with Pikachu range has been revealed. It’s called Surprises to Fall For, and it comes out this month (via the Pokémon Center Online website). 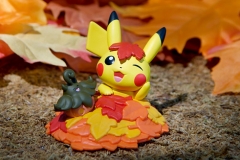 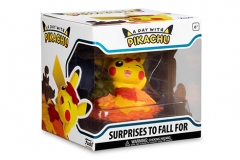 Autumn has arrived, and Pikachu is wasting no time diving into a little outdoor fun. And by “diving in,” we mean “diving into a big ol’ pile of fallen leaves.” Surprises to Fall For is the latest figure in Funko’s continuing A Day with Pikachu collection, and sure enough, it features the beloved Electric-type Pokémon popping out of a pile of brightly colored leaves. Joining Pikachu for playtime is Pumpkaboo, and judging by the smiles on their faces, the two Pokémon are having a blast! And seriously, how cute is that stray leaf perched on Pikachu’s head?