Pokémon Detective Pikachu opens on May 10th in various countries around the world.

It has been announced that the next Software update for Pokémon Duel will be released on May 13th. It will bring the game to Ver. 7.0.10, with new figures, bug fixes, and quite a lot of game balance adjustments.

Here’s the list of adjustments to be made with this update:

Stomp: damage increased from 40 to 70

Ice Beam: damage increased from 40 to 60

Primal Strike: damage increased from 60 to 100

DNA Splicers: turn no longer ends when Kyurem fuses with Reshiram or Zekrom
Overdrive: Anow works with White Kyurem and Black Kyurem
Long Barrel: can now target players who are within 1 step

A new event for Pokémon GO was announced, this time coinciding with the Long Night of Museums in Hamburg (Germany), which takes place on May 18th. During this event, each of the museums in the city will get their own PokéStop, along with increased spawns of a rare Pokémon.

Interested in a Pokémon Detective Pikachu poster and an exclusive Pokémon Trading Card featuring Psyduck from the movie? You will be able to get it from Target stores in the US, though only on May 11th, and between 10AM and 1PM! 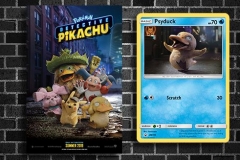 Speaking of the Pokémon Trading Card Game, The Pokémon Company have announced the release of a Blastoise-GX Premium Collection on July 5th. It will include the following: 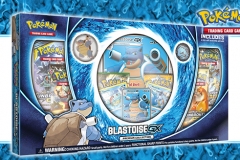