Today’s Pokémon news: some tidbits for the Mewtwo Strikes Back Evolution movie, but also…

Here’s a picture of Armoured Mewtwo, from Mewtwo Strikes Back Evolution: 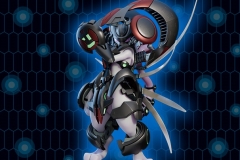 And here’s a picture of the reprint of the special Mew card offered as present to fans who go watch the movie in theatres in Japan: 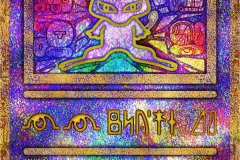 Finally, here’s a video of the Armoured Mewtwo toy from Takara Tomy, releasing in July (pre-orders open on May 31st):

The Pokémon Company have announced that the Ultra Adventures sub-series of the Pokémon Sun and Moon anime series is getting a DVD and Blu-Ray release in North America. The Pokémon the Series: Sun & Moon—Ultra Adventures Complete Collection comes out on May 21st, and includes all 48 episodes of the sub-series.

During this exciting season, Ash and his friends from the Pokémon School befriend a mysterious Pokémon called Nebby—who just might have a connection to Ash’s dream about the Legendary Pokémon Solgaleo and Lunala. Our heroes also explore the Aether Foundation, a Pokémon conservation organization that happens to be run by Lillie and Gladion’s mother, Lusamine. But there are strange happenings afoot at the foundation, and Ash and his friends will have to work together to protect the people and Pokémon they care about as they face a power like nothing they have ever seen.

Pokémon the Series: Sun & Moon—Ultra Adventures Complete Collection comes out on May 21st in North America.

More details about the Miracle Twin set for the Pokémon Trading Card Game have been announced. To be precise, new cards were revealed: 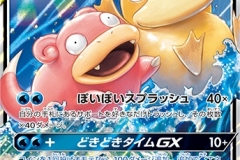 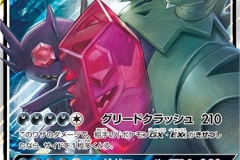 The Miracle Twin set of the Pokémon Trading Card Game comes out on May 31st in Japan.