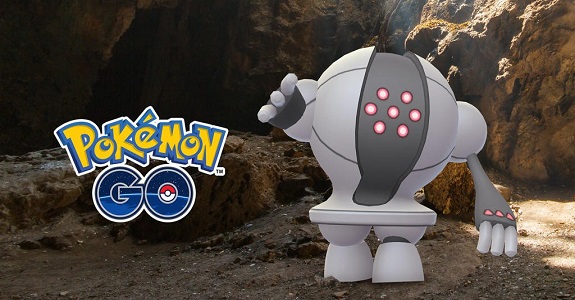 Since yesterday, and until August 16th, you can find Registeel in Raid Battles in Pokémon GO (and more precisely Tier 5 ones). But that’s not all: Alolan Exeggutor, Alolan Marowak, and Alolan Raichu are also available as Raid Bosses!

Also, to celebrate the San Diego Comic-Con (taking place this week-end), the following Unown letters are spawning near the convention center in San Diego: S, D, C, O, M, I, and N. You can get them until Sunday!

Finally, a new t-shirt is now available (for free!), to celebrate the Pokémon Fest that was successfully held last week-end in Chicago. Here’s what it looks like:

Today, a new Battle Competition for Pokémon Ultra Sun and Ultra Moon was announced. It’s called the Let’s Go! Cup, and here’s all you need to know about it:

Today, a new event for Pokémon Duel went live: the latest Team Match. This time, you can choose between Team Leafeon, Team Glaceon, and Team Sylveon. This event allows you to get Time Boosters that may contain Shiny Eevee or Shiny Umbreon. It runs until July 23rd!

Here’s the preview for the next episode of the Pokémon Sun and Moon anime series, airing on July 26th in Japan:

Here’s some more pictures for the Pikachu Great Outbreack-chu, including the amphibious bus that will run frim July 21st to August 31st as part of the event: