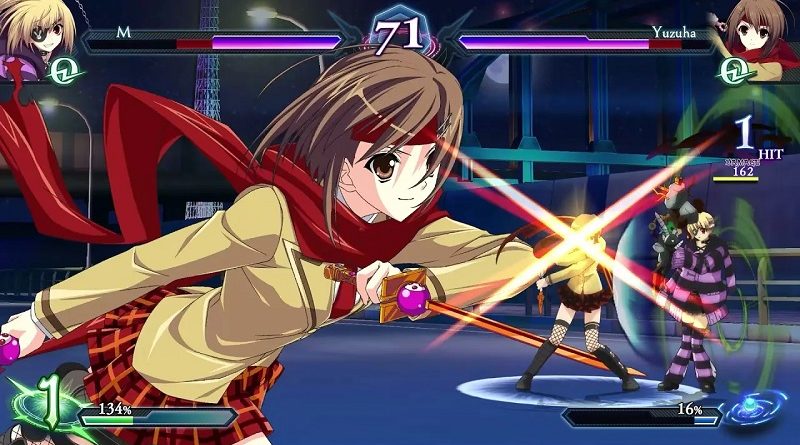 In the the past few months, Rocket Panda Games have shared quite a few gameplay clips for Phantom Breaker: Omnia (releasing in early 2022 worldwide). Naturally, they are planning to share some more in the future, which is why we created this post to gather them all in one place. Naturally, we will keep on updating it regularly, as new gameplay clips are shared, so keep checking back!

Here’s the various video clips already available (video are listed from most recent to least recent):

Phantom Breaker: Omnia is a fast-paced 2-D anime fighting game that features 20 unique characters, pitted against one another to make their greatest wishes come true. The ability to choose between 3 fighting styles will appeal to seasoned gamers while making the game accessible to newcomers. The game features 2 guest characters, Kurisu Makise from Steins;Gate and Rimi Sakihata from Chaos;Head, as well as two brand new characters created specifically for Phantom Breaker: Omnia.

A mysterious man, known only as ‘Phantom’ appeared in Tokyo—the capital city of Japan—and manipulated vulnerable adolescents into fighting each other, bestowing upon them mystical weapons of great strength known as ‘Fu-mension Artifacts.’ In exchange, he promised to grant their wish if they survive.

Unbeknownst to the combatants, the fierce clashes between Fu-mension Artifacts caused distortions in space-time, which compromised the boundaries between parallel universes. The collapse of these parallel universes would ultimately break the seal, unleashing Phantom’s destructive powers.

Phantom Breaker: Omnia (Switch – eShop) does not have a release date yet, but is slated for an early 2022 release worldwide.