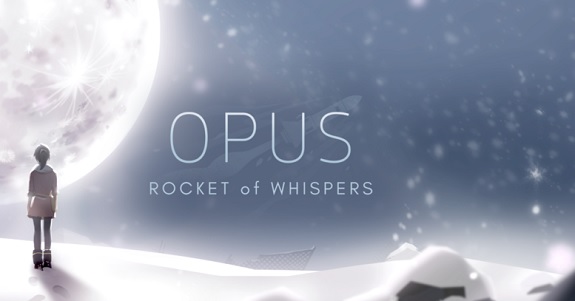 Last week, during the latest Flyhigh Express livestream, it was announced that another game from Sigono (developers of Opus: The Day We Found Earth) was headed to the Nintendo Switch. It’s called Opus: Rocket of Whispers, and its premise is quite interesting:

Travel across a world of ice and snow, through burned down ruins and treacherous peaks, to launch a rocket that will reach the stars!

“Once we fire the rocket, will these ghosts finally leave me?” Asked the man.
“Of course. Our goal, after all, is to return them to the cosmos” The witch replied.

In this game, you get to play as two survivors of an apocalyptic plague, that has decimated so many people. The pair has a pretty lofty goal: build a rocket, in order to allow the (countless) deceased to their cosmic homeland, in accordance with the ancient tradition of space burials.

Here’s a trailer for the game, as well as the list of key features:

An emotionally-driven and heartwarming adventure written by IMGA nominated writer of OPUS: The Day We Found Earth. Explore an atmospheric world full of mysteries and rich narration.

Travel through a post-apocalyptic winter filled with ruins and remnants of a once prosperous land. Explore the unknown for antiques and artifacts, and find out about their past.

Prepare for countdown by gathering the materials needed to build a rocket, and craft tools that will help you reach greater distances.

Over 100 items to find and inspect, each beautifully drawn with a story to match, including rocket material backed by careful research on rocket science.

Over 30 beautiful atmospheric soundscapes designed to immerse you in the snowy wilderness. Composed and recorded by indiePlay nominated composer Triodust.

OPUS: Rocket of Whispers (Switch – eShop) does not have a release date yet, but it’s already been added to the Upcoming Games page!