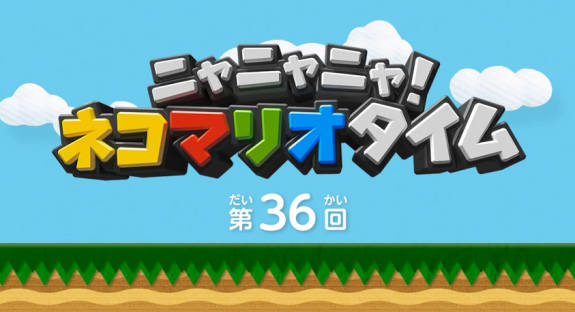 In this one, several games are showcased:

Cat Mario and Peach look at some of the costumes for Mii Fighters in Super Smash Bros. for Wii U and Nintendo 3DS, that you unlock by playing. Cat Peach even go and rate some of the outfits Cat Mario came up with, which are… a bit special, to say the least!

They showcase the contents of the second DLC packs for Mario Kart 8. For more information about it, please click here!

Cat Mario and Cat Peach talk a bit about Puzzle & Dragons Super Mario Bros. Edition, which is now available in Japan (on the Nintendo eShop, at least).

They mentionned the Super Drops: those allow you to do mega combos, and deal lots of damage to enemies. There’s also the items you get at the end of levels, the paths you have to chose from, the boss battles (with the Koopalings), the allies you can power-up at the Toad House, and the power-ups for Mario and Luigi.