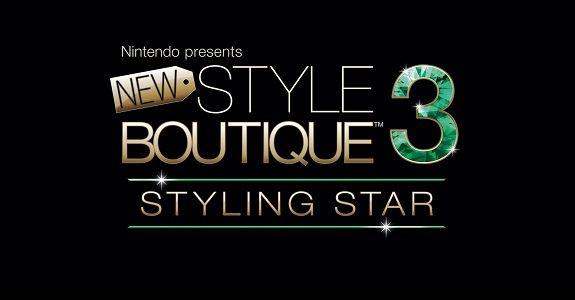 Next month, Nintendo Presents: New Style Boutique 3 – Styling Star will be released on Nintendo 3DS in Europe and Japan. It’s the 4th entry in the series, that has sold over 2.4 million units in Europe so far. Players who really cannot wait for that game will be able to download a free demo starting tomorrow (October 19th), in Europe.

In this game, you once again get to manage your very own fashion boutique (that was originally your uncle’s, and is located at the very heart of a city full of potential clients), but this time around, you can also become a stylist to three aspiring pop singers. They rely on your guidance to break through into the big time, and the outfits you choose for them will heavily influence their path.

But this particular aspect of the game isn’t available right from the beginning: you first need to progress far enough in the story. Once you have, the talent agency Nin10 Productions will approach you, looking for a stylist for thier up-and-coming popstars.

Your role is to guide those singers on their road to stardom, by designing outfits for them. That way, you can help them find their own identifies. But designing those outfits isn’t just an in-game goal: you also get to see the singers on stage, wearing them. Also, the style of the outfits influence their musical styles. For example, a rock-themed outfit will lead the singer to a rockier and edgier direction.

Nintendo mentions that the game features no less than 15 original songs, in a range of styles, that were specifcally written and recorded for the game.

Thanks to the “You Diva” feature, you can “replay” those music performances whenever you want, and even customise the look of the characters performing (you can also choose who gets to perform).

Back to the fashion boutique aspect of the game: Nintendo specifies that menswear is not only back in Nintendo Presents: New Style Boutique 3 – Styling Star, it’s also been expanded. After all, it’s getting its very own boutique, but also specific story events.

Nintendo Presents: New Style Boutique 3 – Styling Star (3DS) comes out on November 2nd in Japan, and November 24th in Europe. Nothing has been for North America (yet?).