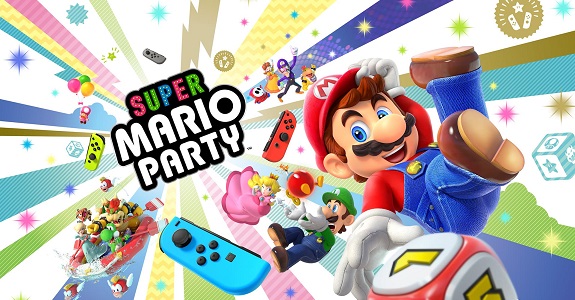 Here’s the latest set of screenshots for Super Mario Party:

The World Ends With You -Final Remix

Here’s the latest trailer for The World Ends With You -Final Remix:

The World Ends With You -Final Remix (Switch) comes out on October 12th in Europe and North America.

Today, SplatNet 2 (the dedicated Splatoon 2 service available via the Nintendo Switch Online app) was updated. You can now check out your stats for Salmon Run via the Salmon Run section, accessible from the icon at the bottom right at the screen. The stats cover your last 50 shifts. Also, the entrance to the SplatNet Gear Shop has been moved to the top right corner of the screen!

The Spoiled Baby, Chauncey, is one of the first Portrait Ghosts you’ll meet in #LuigisMansion. This spooky toddler just wants to play, but watch out for his tantrums! Thanks to the new Portrait Ghost Gallery Battle mode you can replay this boss fight and try for higher ranks! pic.twitter.com/7xnfsi9FoZ

Luigi’s Mansion (3DS) comes out on October 12th in North America, October 19th in Europe, and November 8th in Japan.

Looking for some Super Mario merchandise? If yes, and you happen to live in North America, you can head over to the official Nintendo Store, where a section filled with Super Mario-related merchandise (and games!) is waiting for you: click here to check it out!