And here’s a commercial for the game:

Also, here’s another look at the Yoshi’s Crafted World stickers released on LINE and iMessage earlier this week in Japan: 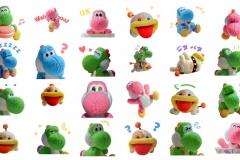 Also, if you want to create your very own Yoshi’s Crafted World papercraft, you can click here to download a PDF to print. Here’s what it look like when completed: 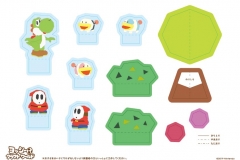 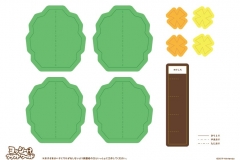 Here’s the latest episode of Nintendo Minute, which happens to be about Cuphead this time!

Hi, this week we attempt (strong emphasis on the word attempt) to play Cuphead co-op. We are super excited that this game is coming to Nintendo Switch on April 18 and we had the best time trying it out. We also got to chat with Jared aka Mugman from Studio MDHR. He gave us some valuable insights into the game like what’s inside Cuphead and Mugman’s cups and mugs. As always, we hope you enjoyed this video and we’ll see you next week!

As announced previously, the next additional playable character for Mario Tennis Aces is Kamek. It will be available to players taking part in the Online Tournament in May, then to everyone from May 1st onwards.

Here’s a trailer and some screenshots for Kamek: 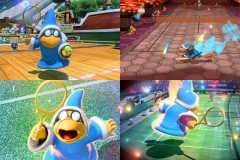 Also, if you take part in the Online Tournament and earn enough points, you can get a special Spike wearing a bandana and wristband (three colours available: blue, pink, and yellow). Points accumulated in all three modes (Standard, Simple, Doubles) count towards unlocking the character and its variants. 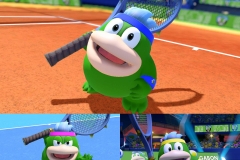 Earlier this week, The Verge wrote an article about one Zammis Clark, that can you find here. Now you may be wondering what does that have to do with Nintendo, and the answer is… hacking. That man is responsibly for a hacking incident that took place in March 2018. He managed to get into some highly confidential game development servers, where code for unreleased games is stored.

The irony is that Zammis Clark did this while on bail, following a similar hacking incident that impacted… Microsoft.

Click here to check out the full article from The Verge!

Here’s a commercial for both Super Mario Party and Mario Kart 8 Deluxe: