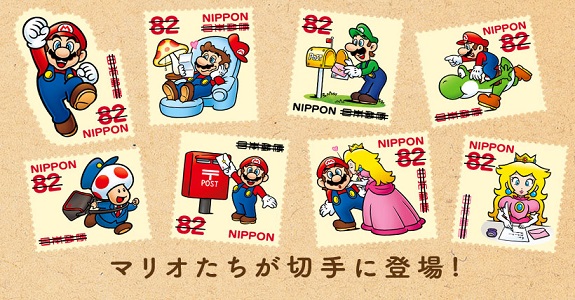 Earlier today (or yesterday if you’re North America), Nintendo released the very first Software update for ARMS. It brings the game to Ver. 1.1.0, with some new features (such as the Arena and LAN Play) and some bug fixes: click here to check out everything you need to know about this update (with the official English patch notes)!

Also, here’s some screenshots for the update, showcasing the new game modes:

Also, here’s the recording of the segment dedicated to ARMS from the latest episode of Denjin Getcha:

There’s already been several Nintendo-themed stamps sets in various countries, and this week, there will be one more in Japan. Once again, it’s the Super Mario series that was chosen for this stamp set, which features some brand new and exclusive illustrations. They will be available from June 28th at the many post offices across the country, but also online.

The set costs 820 Yen, and includes 10 different stamps (82 Yen value each). Here’s some pictures of the stamps (and the special imprint):

Naturally, those stamps will only be available for purchase for a limited time, so if you’re a collector trying to get your hands on a set, you will have to act fast.

On Saturday and Sunday, Nintendo was at the World Hobby Fair ’17 Summer with mainly ARMS and Splatoon 2, which got tourneys and presentations. Nintendo livestreamed the whole thing on YouTube, and if you missed it while it’s live, no problem! The full recordings of both days are available:

Here’s more pictures of the Mario Kart 8 Deluxe Wheels, that Hori will released next month (July) in Japan: